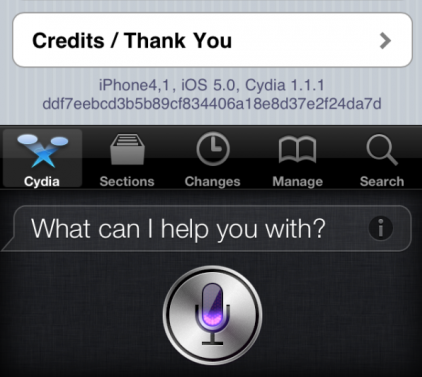 Ever since Apple unveiled its latest version of the iPhone earlier this month, we’ve all been wondering one thing: when will it be jailbroken? And now that some of us have had the device for two weeks, we’re definitely ready to start hacking.

Tweaks are being updated with iOS 5 compatibility, and new utilities are being introduced that are specific to the new software. So how long must us iPhone 4S users wait until we can access this stuff? Luckily, MuscleNerd has some info for us…

The Dev Team frontman gave up some details on his Twitter account late last night regarding the status of the iPhone 4S jailbreak. The good news is that the Team has managed to exploit Apple’s latest smartphone and install Cydia.

The bad news is, that seems to be as far as they’ve gotten. MuscleNerd posted this message, “VERY preliminary 4S JB. (Huge missing pieces prevent public release. LOTS of work left),” along with these screenshots: 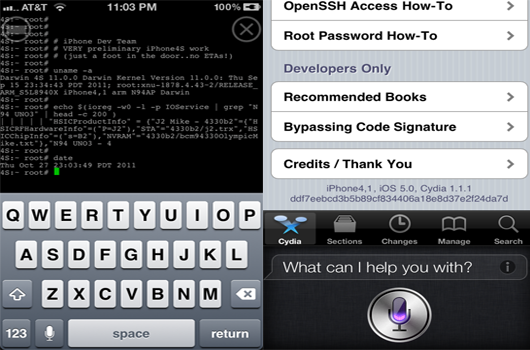 Keep in mind that we saw Comex‘s jailbroken iPad 2 months before a public release was available, so the hard part is yet to come. But it’s still good to see that the device has been jailbroken. These guys have once again proved how talented they are.

Do the community a favor and don’t bug the Dev Team or other developers working on the project. It only irritates them and slows things down. If you really want to know what the latest is on the iPhone 4S jailbreak, just keep tuning into iDB — it’s what we do.