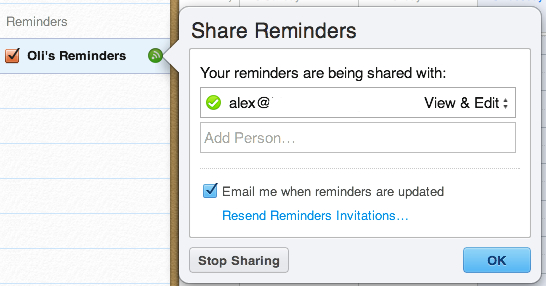 There’s one Reminders feature that Apple hasn’t made a very good job of promoting. You can use iCloud to share and sync your reminders and tasks with other people…

Using Reminders and iCloud, anyone can share their list of tasks with someone else. But that’s not the best part — the link works both ways, which means both parties can add, and check off tasks.

To get this up and running, one of the two parties (me, for this example) shares their Reminders list from inside the Calendar web-app on iCloud.com. You need the recipient’s email address, and it doesn’t even have to be their iTunes or Apple ID, either.

Party number two (Alex, for our oh-so-excellent example) then received an email and a link. Clicking, or indeed tapping if using an iPad, iPhone or iPod touch, takes him to an authentication screen where he then enters his real Apple ID. That’s it. Done. 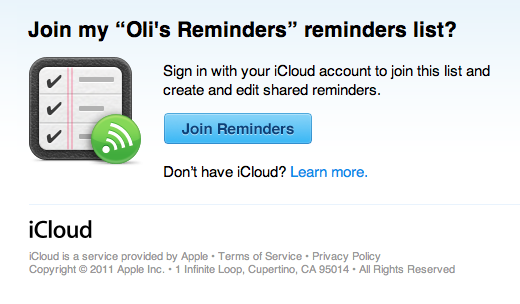 Fire up Reminders on a device running iOS 5 and wait for the syncing magic to happen. Soon enough, the shared list appears as if it was a local one. Adding new items to it, and indeed checking them off, is then synced both ways via iCloud. It’s awesome, and it’s basically undocumented. 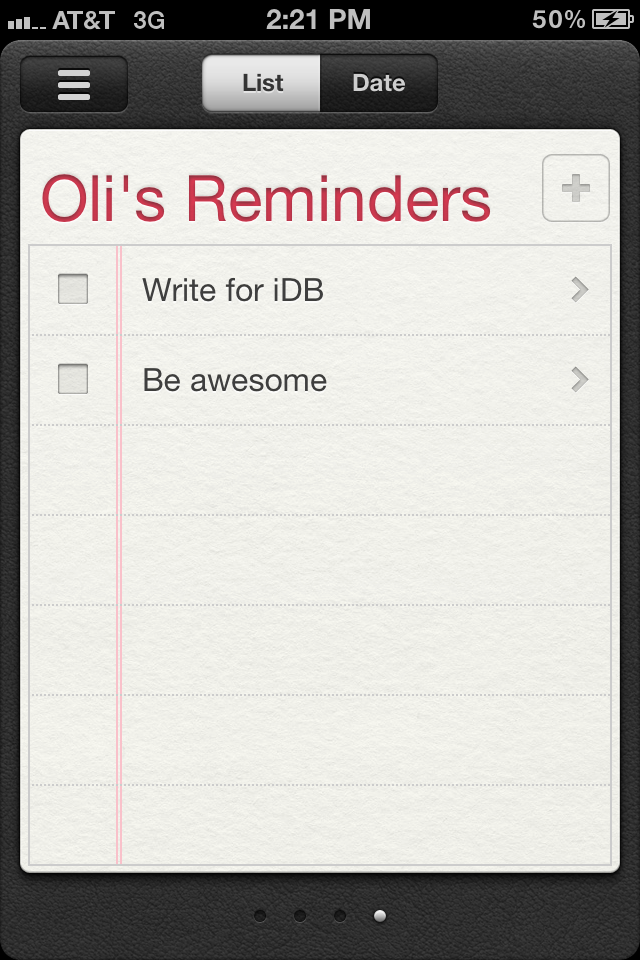 This would have been awesome when my wife and I were planning our wedding. It can be useful for the everyday things, like grocery lists, too.