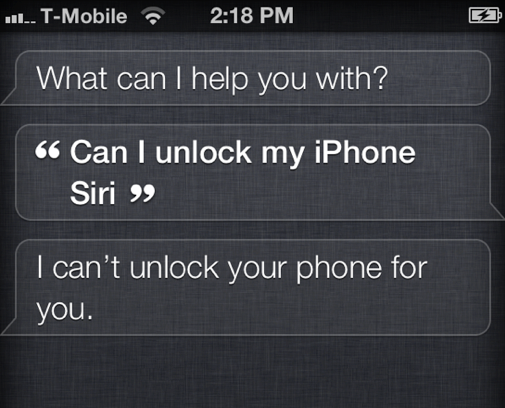 Although Apple has stated that it won’t sell the iPhone 4S unlocked until sometime in November, reports are showing that several people in the US have already obtained an unlocked iPhone 4S from the Apple Store.

Additionally, members of MacRumors forums claim that when they restore their iPhone 4S (which they purchased full retail price), iTunes gives them the “Congratulations your iPhone has been unlocked.”

“I really have no idea. Part of me thinks it was some kind of glitch. The only thing I can think of is that a paid full price and didn’t extend my contract. I ordered through Apple too. I wish there was a way I could confirm it, but I don’t have any T Mobile or foreign sims laying around lol – BFW122083

The same thing appeared on mine when I did a restore… I am wondering if it came like this from the factory because I paid the full $849.99 for a 64 GB because my AT&T contract was not eligible for an upgrade.”

We’ve independently confirmed that this report is accurate. We bought a retail priced iPhone 4S on AT&T and inserted our T-Mobile USA SIM card. After a couple of minutes the phone acquired signal and everything was working, including calls, internet (EDGE only), and FaceTime.

Have any of you purchased your iPhone 4S retail price without extending your contract? If so, have you tried restoring your iPhone 4S to see if you get the “iTunes iPhone unlocked” message? Let us know in the comments!