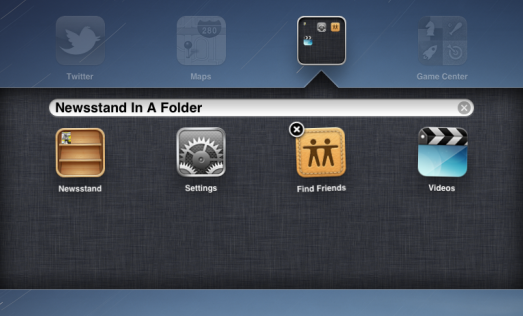 Newsstand is a pre-made folder that provides iOS 5 users with an easy way to access digital subscriptions. But it’s a bit annoying for the folks who don’t use it, as its icon can’t be placed in other folders. Luckily, there’s a workaround.

There’s a nice little tidbit floating around the web from The Coding Massacre regarding Newsstand. As it turns out, there’s a small glitch in iOS that allows you to place the icon in a folder without the need to jailbreak…

It’s quite simple really. Just create a folder by dragging one app icon on top of another. As iOS is creating the folder, quickly drag Newsstand into the group. You have to move fast, as the window of eligibility doesn’t last long. But it works.

This trick does come with a consequence. If you try to open Newsstand while it’s in a folder, iOS 5 crashes. So, we wouldn’t recommend this for folks that want to actually use Newsstand. But for the ones who won’t ever touch it, this is a great find.

You can drag Newsstand out of the folder to start using it again.

Here are some more screenshots of Newsstand in action: 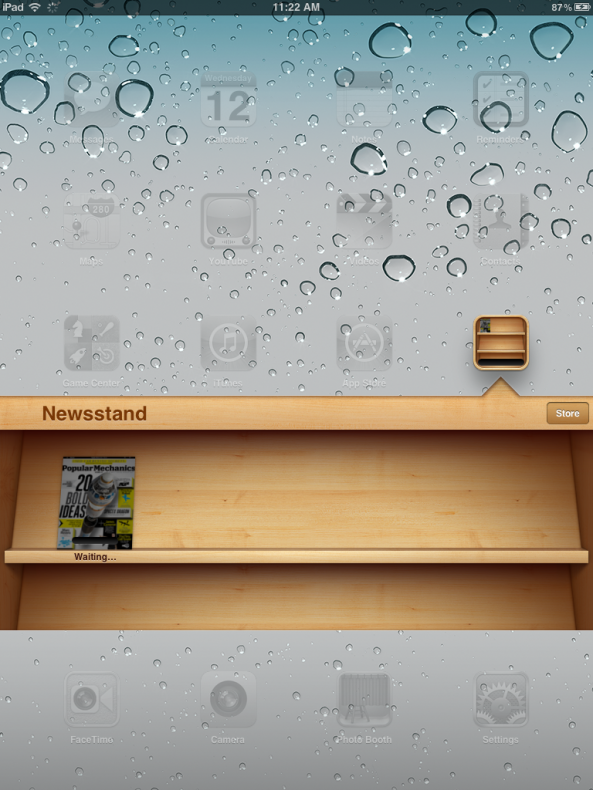 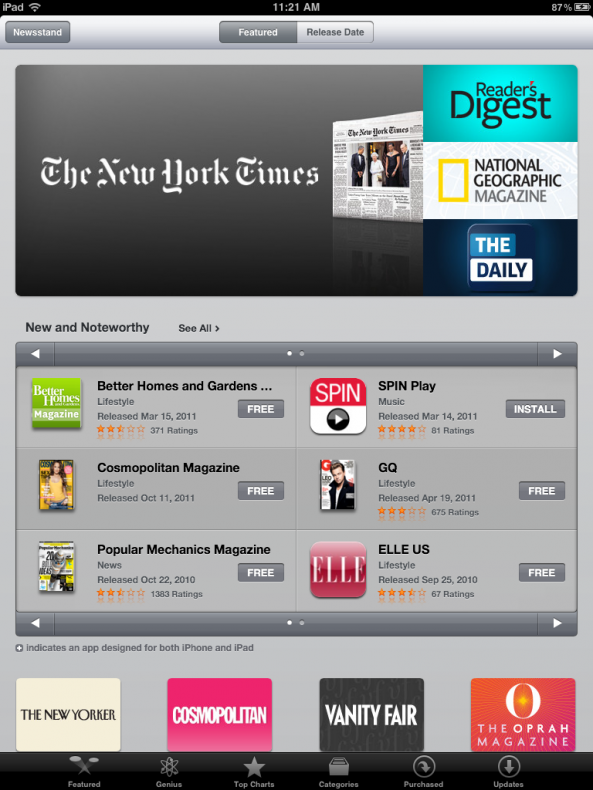 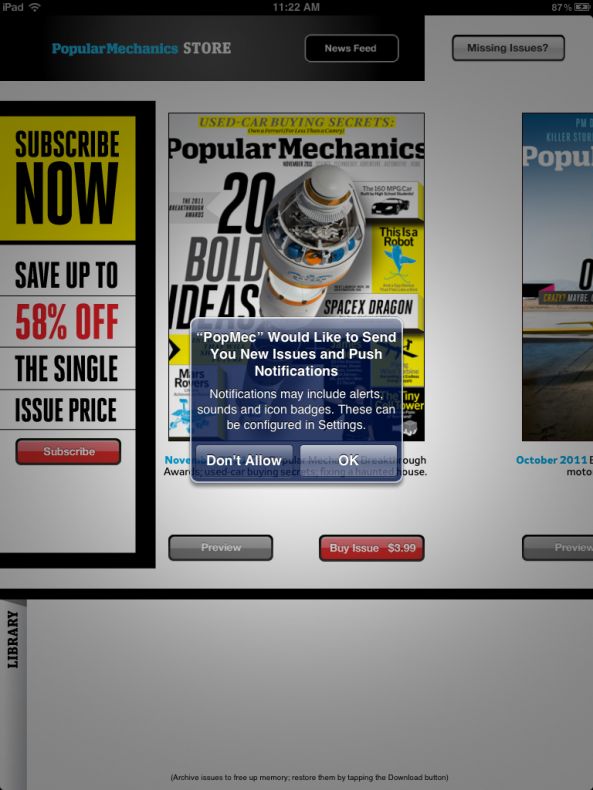 What do you think of Newsstand?