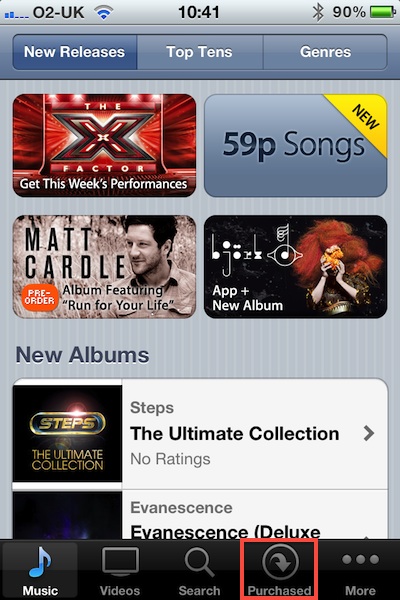 Back when Apple first announced iCloud, and the subsequent beta, one of the new features to make the biggest splash was iTunes in the Cloud. Up until that point, if an iTunes customer bought a song and deleted it they were stuck with no option but to either call Apple support and try to sweet talk them into issuing a refund or replacement track, or to simply stump up the cash all over again.

With iTunes in the Cloud, that was no-longer the case.  Now, a new Purchased section in iTunes lists all bought music as well as apps and books, and the world is a better place for it.

Unfortunately, while books and apps found their way outside the US, music did not. Until now…

Reports, and our own internal testing, now show that iCloud has been updated in some countries outside the US, with the UK and Australia confirmed to be online so far. We expect more to get the iTunes in the Cloud feature sooner rather than later, so keep an eye out in your particular iTunes Store.

The change adds a new ‘Purchased’ tab to both the on-device stores and iTunes itself, allowing the re-downloading of any music you’ve already paid for, meaning you can go back and get all that music you lost in the great backup failure of 2003. You know, the one that involved the car knocking a glass of wine all over your Mac and backup drive. Sorry to bring the nightmares back.

Do let us know in the comments if your country’s iTunes Store gets the new iTunes in the Cloud feature today. Apple is pushing out software like nobody’s business today!