Apple today made iOS 5 available to the public, with the update now being pushed out via iTunes for the iPhone, iPad, and iPod touch.

The update, first previewed back in June, has seen 7 betas seeded to iOS developers, as well as the final GM release after last week’s “Let’s Talk iPhone” event.

Offering more changes than we care to list (we’ve already done that once), this is the biggest revamp of iOS to date… 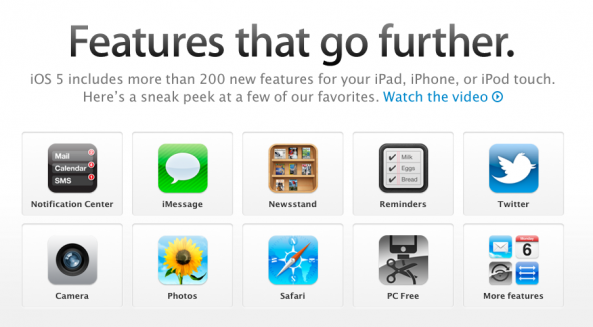 You’ll also need iOS 5 in order to take advantage of iCloud syncing and backup service, and with all the new features that it brings, you’ll be wanting to use Apple’s new cloud service. We’ve spent plenty of time with all the iOS 5 betas over the last few months, and Apple’s baby has grown into quite the impressive little OS.

We strongly suggest you upgrade to iOS 5 at your earliest convenience, if only for the awesome wireless iOS updates it brings with it! Unless, of course, you’re one of the many jailbreakers who relies on certain jailbreak apps or an UltraSn0w unlock.

Up to the Golden Master release of iOS 5, the only working jailbreak was of the tethered variety, which isn’t really ideal. Our suggestion? If you really must jailbreak your iDevice, hold off upgrading to iOS 5 until we hear something concrete from the Dev or Chronic Dev Team. Unlockers who need to preserve their basebands should definitely wait for a jailbreak update.

Hopefully we won’t have to wait too long for an untethered iOS 5 jailbreak. And you know where you’ll hear about it first? That’s right, iDB!

iOS 5 can be download right now in iTunes. Plug your iDevice in and start downloading! You can always head over to our download page to download iOS 5 directly to your computer. 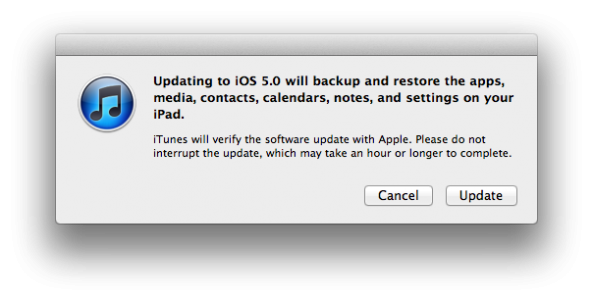 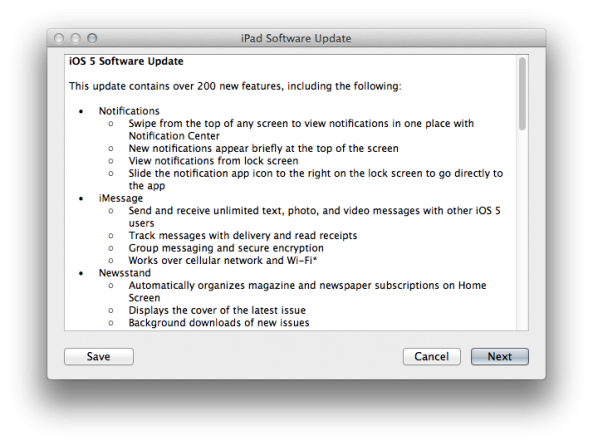 If you do take the plunge, let us know what you think of iOS 5. If you discover any show-stopping bugs along the way, let us know.

Grab direct download links for iOS 5 if you need them!