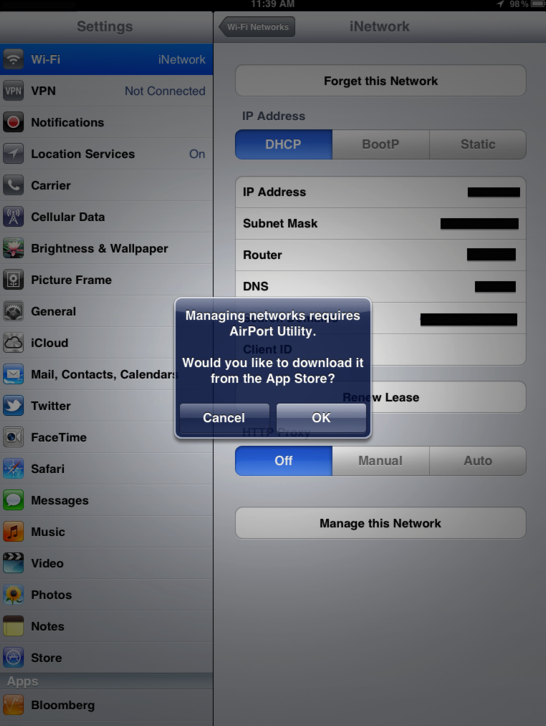 A screenshot has surfaced of what is apparently an upcoming AirPort Utility app for the iPhone and iPad. As highlighted by TiPB and others, the iOS app would let you configure Apple’s AirPort Express and AirPort Extreme routers without a computer.

It’s unclear as to if Apple will launch an AirPort Utility app alongside iOS 5, but it’s assumed that the app will see the light of day soon…

If Apple offers such an app as an optional download in the App Store, then users who don’t own an AirPort router won’t have to ever see the utility app.

Would you like to see an AirPort Utility app on the iPhone and iPad?