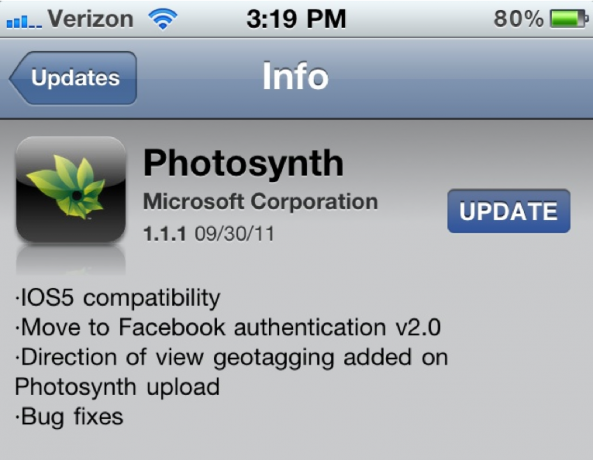 Microsoft’s Photosynth application received an update today that brings iOS 5 compatibility. What app will be next to receive a compatibility update for Apple’s unreleased software?

As you can see, iOS 5 compatibility has been added to Photosynth in the update’s release notes alongside some other minor changes. Photosynth version 1.1.1 is available in the App Store for free. The app allows you to create panoramic photography by stitching together multiple shots on your iPhone.

Let us know if you spot any more iOS 5 compatibility updates in the App Store over the weekend. With Apple’s iPhone event scheduled for Tuesday, the public release of iOS 5 is right around the corner. Multiple reports suggest that the software will be made available to everyone on or before October 10th.