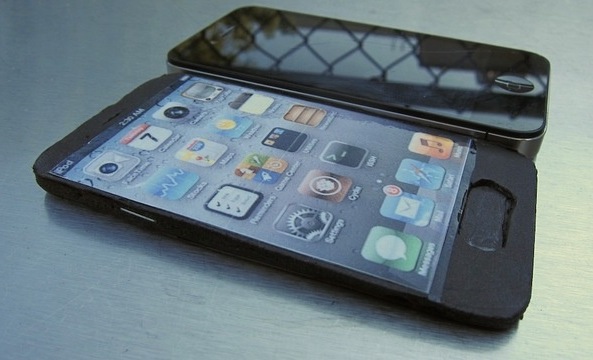 After scoring the lost iPhone 4 prototype last year, it was hard for Gizmodo to outdo themselves this year. Yet they still did, by publishing the world’s first iPhone 5 review four days before the device is actually unveiled by Apple.

How could they possibly do this? The answer is rather simple: by creating a physical mockup based on the rumors we’ve heard, but also by focusing their review mainly on iOS 5. The result isn’t as bad as you’d think…

“What’s the point of waiting for the same few people to write the same single glowing review of Apple’s new phone? There is none. So we didn’t.

We had our intern make a mock-up of the new phone using specs from the leaked cases; we found other devices that made use of some of the iPhone’s components; and we carried the foam core iDevice for a couple weeks, loaded up our actual phones with iOS5 and iCloud and got down to business.

This is the first review of the iPhone 5. Sure, it’s a little, uhm, hacked-together, but I’ll bet you it’s not going to differ significantly from the officially sanctioned reviews that come out next week.”

You can read the full review here.

We at iDB will just wait for the real thing next week.