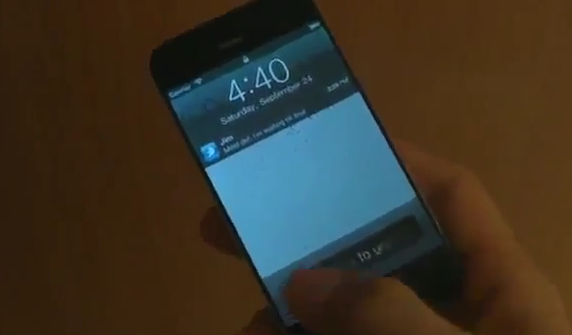 Even though the evidence keeps stacking in favor of an iPhone 4S-only event next Tuesday, we’re still holding out hope for a second model. After 15 months of waiting, it’d be nice to see something that would completely blow us away.

But would an iPhone 4S really be that bad? I mean, it is supposed to have a faster processor (the A5) and a better camera. And there have been rumors of a larger, edge-to-edge display. But what would it all look like? Perhaps something like this…

A video, originally posted on GSMArena’s YouTube channel, has been making its way around the blogosphere over the last 24 hours. The clip is captioned, “Is this the iPhone 5 leaking ahead of release?” While it’s obviously fake, it’s definitely worth a look:

The handset appears to be an iPhone 4, but the creator of the video obviously knows his way around editing software. Notice the edge-to-edge display he creates on the device. If you’ve had any problems picturing it before, this should help immensely.

What do you think of the handset? Would you buy it?