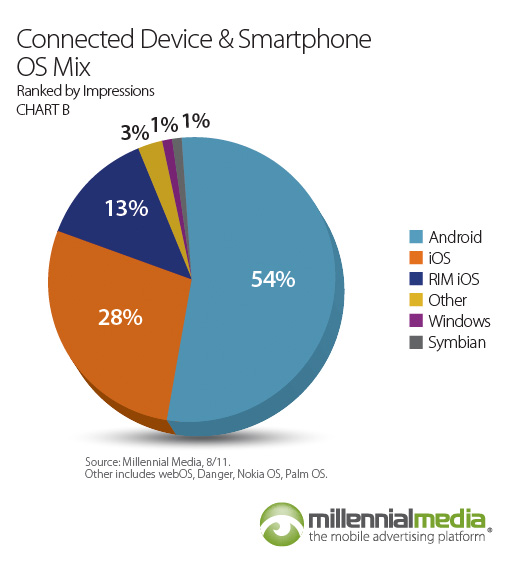 The debate between Apple’s iOS and Android can get heated pretty quickly. I (in some cases) would rank someone’s mobile OS preference right up there with their political views. It can get that serious.

But whether you prefer Google’s open platform, or Apple’s more fenced-off approach, you have to agree with one thing: Both OSes are killing it. The proof is in the numbers, as 9to5Mac points out in Millennial Media’s Mobile Mix report…

In August, the mobile advertising firm tracked which mobile operating systems folks were using. And out of Millennial Media’s 15,000 users, 54% were using Android, 28% were using iOS, and only 13% were using RIM’s BlackBerry OS.

Perhaps the most surprising number was that only 1% of users were sporting Windows Phone OS, which a lot of folks believed to be gaining traction in the market. Obviously this research doesn’t cover every mobile user, but it is indicative. 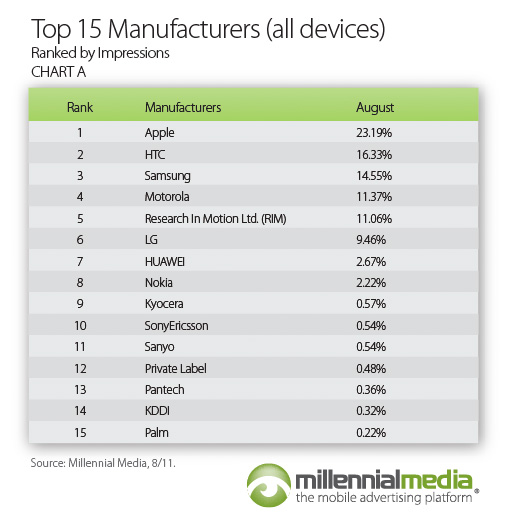 With the Cupertino company rumored to be announcing multiple new devices this Fall, on multiple new carriers, it’ll be interesting to see what these results look like in 6 months. How much will Android’s share decrease? How much will Apple’s share increase?