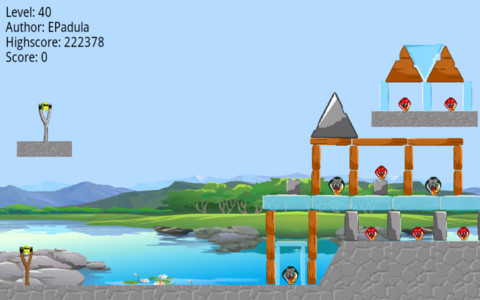 Do you hate birds? Would you love to play Angry Birds, but can’t because you hate birds so much? If you answered yes to both these questions, hang on because we might have the right app for you.

To be completely honest, I didn’t even bother downloading the free version of this game. It’s clearly a complete knockoff of the highly popular game, and I’m surprised it even made it through Apple’s approval process.

Something tells me it won’t last long, though, as Rovio’s lawyers are probably already drafting a cease and desist to be sent to the developers of Angry Frogs.

At any rate, if you give it a try, let us know what you think.