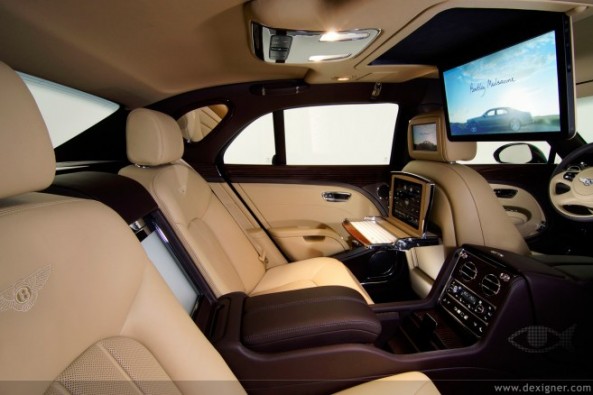 Recognize the gorgeous interior featured in the photo above? It’s the backseat of a new concept car from world-renowned luxury car-maker Bentley. The interior concept garnered a lot of oohs and ahs at last week’s Frankfurt Motor Show.

Why are we so interested in the vehicle? This isn’t your ordinary Bentley (is there such a thing?). Built into the backs of both front seats are two iPads, with bluetooth keyboards. The car also features an iPod touch and a host of other Apple gear…

9to5Mac passes along this beautiful creation from How-Do. According to the site, the Mulsanne Executive Interior took Bentley’s team 170 hours to create. Like all Bentleys, much of the interior is handcrafted and the leather is hand-stitched. 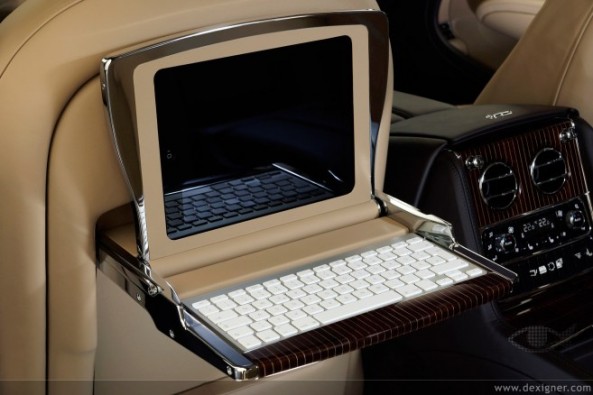 “Many customers use their time in the Mulsanne to keep on top of their business commitments or simply take a few moments to relax. This fully functioning concept highlights the Mulsanne’s potential to help busy executives to communicate effectively and quickly whilst travelling.”

Along with the custom iPad enclosures, there is also a pull-out drawer in the trunk that houses a Mac Mini. The Mini acts as a media center for the drop-down 15″inch HD display. The entire system can be controlled from the included iPod touch. 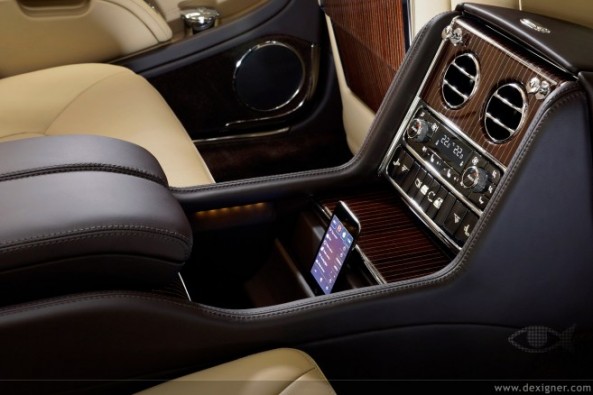 Bentley wouldn’t be the first car company to incorporate Apple gear. In fact, it’s starting to become a trend among auto-makers. The included iDevices, however, speak volumes about Apple’s iOS products. You don’t see two built-in Android tablets, do you?

What do you think of Bentley’s concept interior?