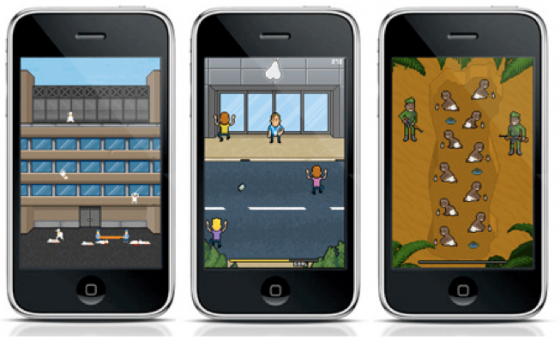 If you haven’t figured it out by now, Apple is very picky about applications it allows in its App Store. Even software that makes the cut can be removed at the drop of a hat if the company sees fit.

Apple’s decision to reject and ban apps typically garners a fair amount of criticism from developers and the iOS community. And this time is no different. Hit the jump to see why Apple banned Molleindustria’s iPhone Story…

Here’s a description of the game from its developers:

“Phone Story is a game for smartphone devices that attempts to provoke a critical reflection on its own technological platform. Under the shiny surface of our electronic gadgets, behind its polished interface, hides the product of a troubling supply chain that stretches across the globe. Phone Story represents this process with four educational games that make the player symbolically complicit in coltan extraction in Congo, outsourced labor in China, e-waste in Pakistan and gadget consumerism in the West.”

While one’s first reaction might be to think that Apple removed the app because it implicates them in illegal activities, the game does include some pretty objectionable content. Here’s John Gruber of Daring Fireball‘s thoughts on it:

“Given that one of the levels involves catching suicide-jumping Foxconn factory workers, it’s more surprising that the game got into the App Store in the first place than that it was removed.”

The app is supposedly based on smartphone production in general, not necessarily just Apple products. But there is an Apple Store depicted in one of the levels, and the Cupertino company caught a lot of heat over the Foxconn suicides .

I won’t comment on whether I agree with Apple’s decision to remove the game (it’s still available in the Android market place), but I will say that more needs to be done to regulate the processes involved in making smartphones. It’s just sickening.

What’s your take on the app? Do you think Apple was right in pulling it?