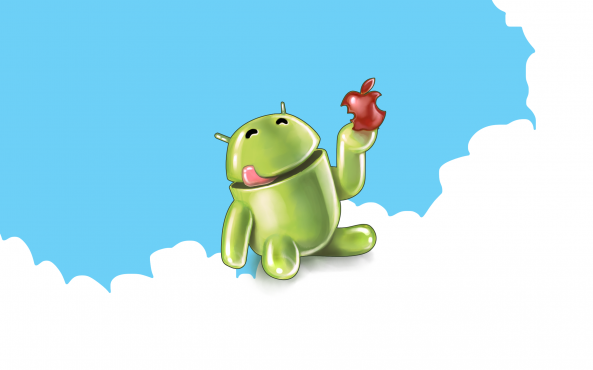 The victor in Europe, that is.

According to new figures compiled by ComScore, Android is now the mobile operating system of choice across Europe, with the UK, Spain, France, Germany and Italy all seemingly in love with that little green Android guy. The figure, 22.3% to be exact, represents a massive 16 point jump over last year’s results. Guess that’s proof that releasing so many different handsets actually works, then.

Apple has now slipped to third place with 20.3% of the market, with Symbian’s 37.8% meaning the old war-horse is still going strong. With Nokia aligning itself with Microsoft and Windows Phone 7, that might not be the case forever. Symbian’s numbers are already on the decline – last year’s result of 53.9% is now a distant memory.

The likes of RIM and Microsoft make up the remainder, though the latter will be hoping that the Nokia deal will help to give Windows Phone 7 renewed vigour moving forward.

Does Apple care that Android is outselling it, or is the revenue from Apps, as well as hardware sales, enough to keep the Cupertino bean counters happy?