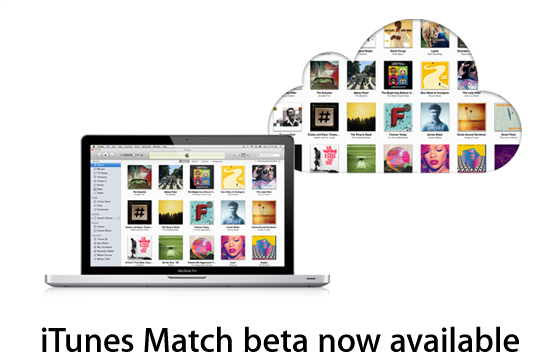 Soon after the iTunes Match beta went live earlier this week, reports started flooding in that the service did indeed support the streaming of music, a feature that wasn’t advertised by Apple during the iCloud announcement. Many were originally disappointed that streaming was not included in iTunes Match, so the news that it was actually there was met with glee and happiness all around.

What people had discovered was that if you tapped on a song stored in iCloud, it started playing. If you started a new one and then went back after turning on Airplane Mode, the original song hadn’t cached, which led people to believe it was streaming. But after Apple denied that streaming was included in iCloud, more questions starting being asked…

With the latest beta of Apple’s much-anticipated iOS 5, it seems iCloud’s music streaming behaviour has been tweaked to work how Apple always intended. Now, if you start playing a song and then stop it, the track continues to download in the background. The playback that starts is just the downloaded file playing as it comes down the pipe. No streaming here folks, move along now.

In effect, iTunes Match works just like purchased apps from the App Store – music can be downloaded at will using the iOS interface, and then saved locally for playback.

The original reports of streaming appear to have come about thanks to a bug in the sixth beta of iOS 5, and Apple has clearly fixed it in Beta 7. Has Apple pushed Beta 7 out early in order to end rumors of a streaming element to iOS 5? Possibly. But the end result is the same nonetheless.

If real ‘streaming’ is your bag, it’s now even clearer than before that Spotify, Rdio, and the like are your best bet.