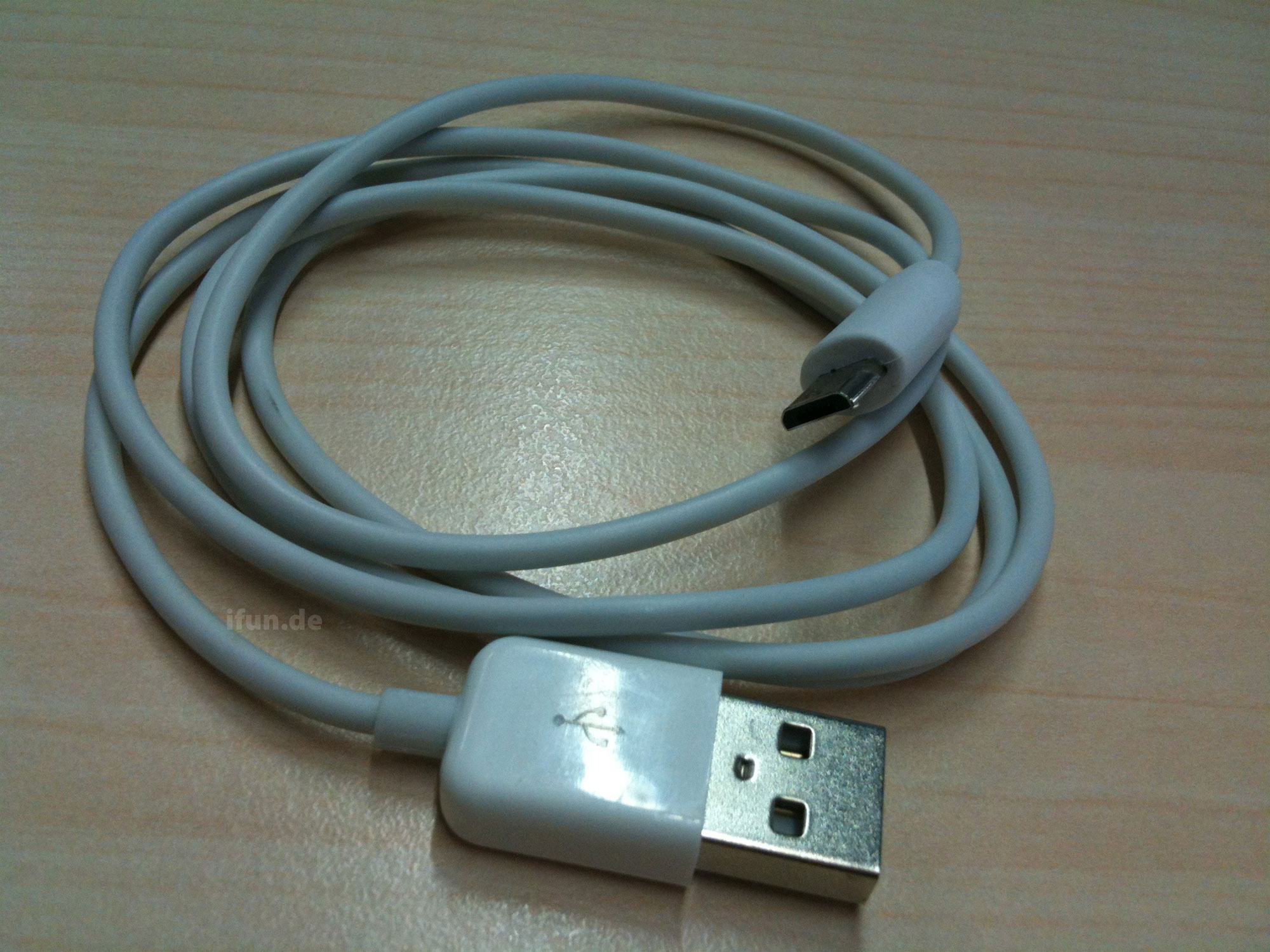 If you take a look around at all of the latest handsets from other manufacturers, you’ll notice they all have one thing in common — the charging port. It seems most mobile phone-makers have settled on the micro-USB cable as a standard.

Apple, however, has continued to go with its proprietary 30-pin connector for all of its mobile gadgets. But a recent report from German-based blog iPhone-ticker suggests that that could all change this Fall…

The site claims that for the last few days, pre-production models of Apple-branded micro-USB cables are being passed around a ring of accessory makers. They even posted the above photo as evidence. But is it real?

On one hand, Apple did agree to start implementing micro-USB ports in its devices last year, in compliance with a European campaign to standardize phone chargers. That was over 12 months ago, so you’d think it’d be about time for Apple to deliver.

On the other hand, Apple’s been using the 30-pin dock connector for years. Abandoning it would mean that thousands of accessories would instantly become obsolete. A workaround would be to include both charging ports, but that doesn’t seem very Apple-like.

With the aforementioned European agreement, we figure we’ll see Apple integrate a micro-USB charging port at some point. But for right now, we’re writing this one off as a fake. The cable above could just be standard issue for a counterfeit Apple gadget.