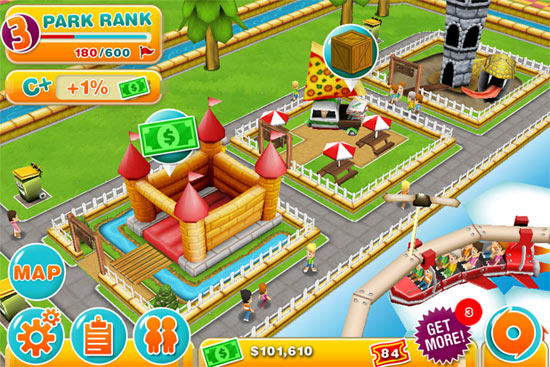 We can’t be the only ones who spent an inordinate amount of time playing games like Theme Park and Sim City when we were kids. There was a real thrill to building your own city or amusement park, and in the case of Sim City, destroying it with a selection of disasters, ranging from floods to alien invasion.

Sim City has already made its iOS debut, thanks to Electronic Arts, and Theme Park will soon join the ranks of other PC titles that have been ported to iOS…

Originally released on the PC way back in 1994, Theme Park became a cult classic, and the iOS game will be based on that classic, while receiving a completely new 3D makeover, according to Digital Spy.

Not many details have been release by EA yet, but one thing has been shared: Not only will in-game currency be available for building new rides and the such, but real money will be used too, with in-game purchases helping to pay Theme Park’s way. The game itself will be free to download.

Theme Park will hit the App Store as a universal app later this year, and will feature EA’s cloud service for sharing saved games across devices.