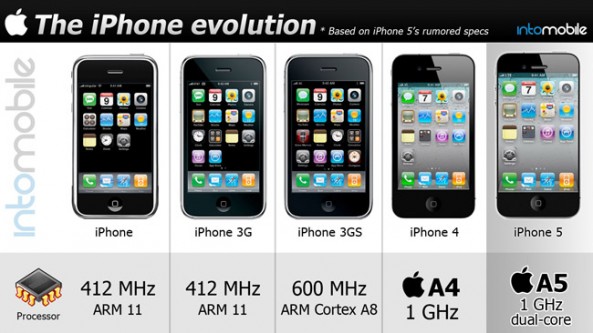 When Steve Jobs and company first announced the original iPhone, they said that they were going after 1% of the smartphone market. At the time, there were around 100 million smartphone sales globally, so 1% would have been one million units.

As most of you know by now, Apple has far exceded that goal. In the last quarter alone it shipped over 20 million smartphones. Not bad for only 4 years and 4 handsets into the market. But what’s next?

There’s an old cliche that says “you can’t know where you’re going, until you know where you’ve been.” And that seems to be the theme of IntoMobile’s latest infographic. The image outlines previous models and their features, as well as the iPhone 5.

Obviously the iPhone 5’s details are based off of rumored specs, but considering the previous enhancements the handset has received they seem fairly feasible. 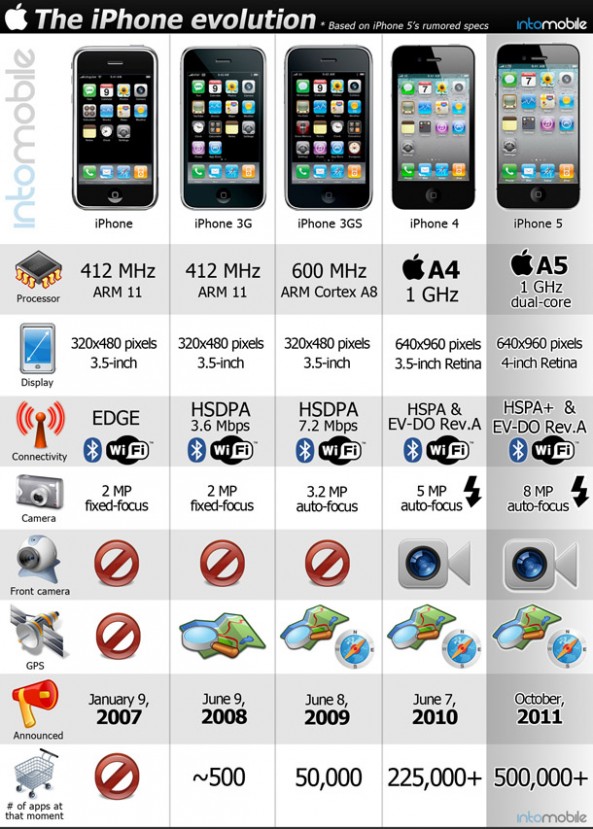 As you can see, Apple has a habit of upgrading things like the processor and camera sensors, so those improvements can be expected. However, it has yet to change the size of the iPhone’s display. So take that rumor with a little more salt.

It’ll be interesting to finally see what the Cupertino company has in store for its next smartphone. Heck, the company is expected to sell 100 million of them. Is there anything missing from the list that you’d like to see on the iPhone 5?