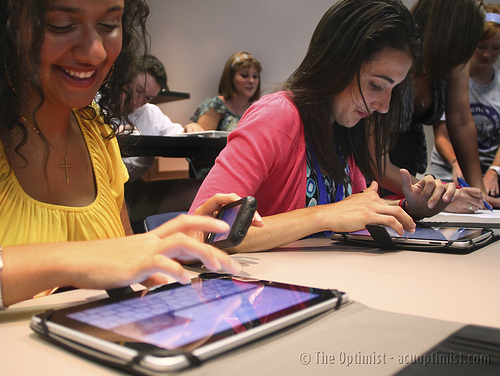 Word on the street is that the Turkish government is looking to place an order for 15 million tablets over the next three years. The educational project, known as FATIH, aims to put slates in over 40,000 Turkish schools.

So, who is the lucky company that gets to fullfil the estimated $1.7 billion dollar order? The Next Web is reporting that both Microsoft and Apple have been approached regarding the deal…

Apparently, Turkey’s Economy Minister has met with both Microsoft and Apple to discuss the project. The ‘SmartClass’ initiative will distribute 15 Million tablet PCs to students in Turkey.

“An unnamed senior VP at Microsoft had expressed interest in the project and was willing to send teams from the company to help Turkish authorities deploy its software among the students. A meeting with Apple executives also yielded positive results, with the company assuring the Turkish minister that it would co-operate with software companies in the country working on the projects.”

The goal of FATIH is to increase standards and quality in education by using advanced technology such as electronic boards, projectors and e-textbooks in the classroom.

It’ll be interesting to see how the deal works out. 15 million tablets is a very tall order. I would say the U.S. should follow suit, but we’re in enough debt as it is. What do you think of the project?