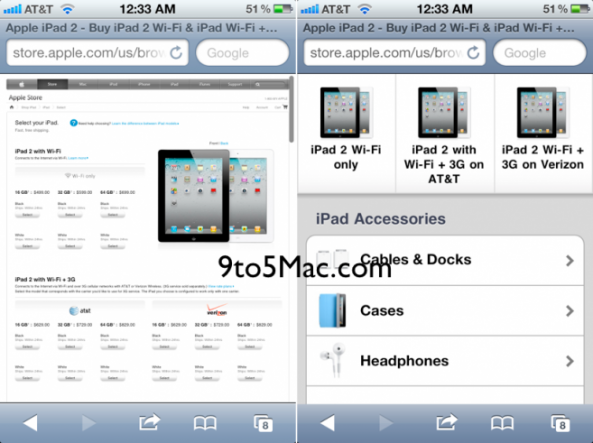 Have you tried Apple’s official Apple Store app? It’s been available for free in the App Store for months, and it’s a great tool for browsing Apple’s online store and scheduling appointments at your local Apple retail store.

Apparently, Apple is planning to launch a mobile web app for its online store experience. This web app would presumably be based on HTML5, and it’s expected to roll out for users next year.

According to 9to5Mac, the Apple store web app will be optimized for browsing and making online purchases from an iPhone or iPad, and the new interface will make the store “experience even simpler.”

“Over the past months, we have observed Apple gradually shelving and re-touching a project to replace the native Apple Store application with a mobile web version of the Apple Online Store. Now it appears that Apple is working towards actually completing and launching the mobile version of the store.”

The obvious pro for a Apple store web app is that it removes the need to download an app from the App Store. This will make the Apple online store much more accessible to customers, and 9to5Mac speculates that Apple could even bring the location-centric features of the official Apple Store app to the web app experience.

Currently, users of the Apple Store app can find a local Apple store, schedule an appointment with a Genius, and receive in-store support — all from within the app. Hopefully Apple’s upcoming web app will be able to hold a candle to the official App Store app. Be on the look out for this in 2012!