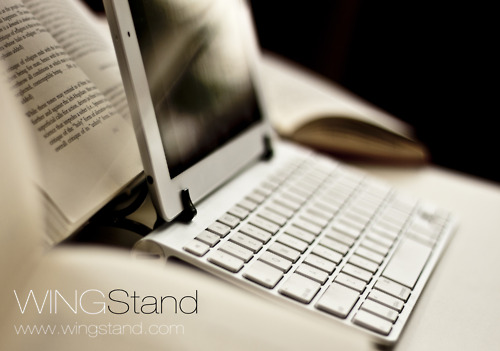 We just love Kickstarter projects here at iDownloadBlog. Not long ago we told you about The Infinite Loop, an iDevice stand with a “difference.” Today, RazorianFly drew our attention to another stand on good ol’ Kickstarter, and we just love it. Judging by the fact the project has already smashed its target funding, it seems we’re not the only one!

Put together by a Mechanical Engineering and Design student called Daniel Haarburger, The WINGStand is an ingenious little stand that offers a way to keep an iPhone, iPad or pretty much any tablet in an upright position, perfect for reading recipes and the like.

But that’s not all. The WINGStand has a party trick, and it’s a trick that makes it stand out from the crowd, and the reason this writer has already offered up his hard earned (well, earned) money…

What makes The WINGStand so special is its ability to slide onto the battery compartment of Apple’s wireless keyboard, effectively turning it into the perfect typing partner for anything it can be paired with. 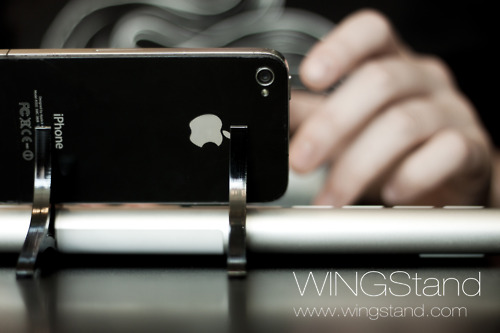 Want to use your iPad with a hardware keyboard? The WINGStand gives you a way to keep the two locked together, which gives the illusion of them being part of the same machine, just like a laptop. A laptop with full multitouch capabilities.

When not in use, the two parts of The WINGStand push together to form one piece, which makes storage and transport a cinch. It’s so small, it fits neatly into your pocket, too.
As with all things Kickstarter, there are a selection of different amounts that you can pledge, depending on what you want in return..

Have you pledged yet?