In a new version that was pushed live today in the App Store, the popular Twitter client, Tweetbot, has been updated with a particularly interesting feature that lets you “Mute” certain people you follow on Twitter for controlled amounts of time…

While other clients, like Ecofon, have had a Mute feature for awhile, this addition to Tweetbot only reinforces my opinion that Tweetbot is the greatest Twitter app there is for the iPhone.

With the Mute feature in Tweetbot, you can temporarily (or permanently) hide a certain Twitter user’s tweets from your timeline. This option can be used for a myriad of situations, but for demonstration purposes, I’ll show you what it would look like if I theoretically muted my boss, @SebastienPage on Twitter. 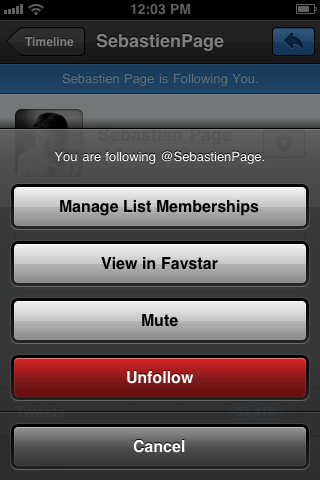 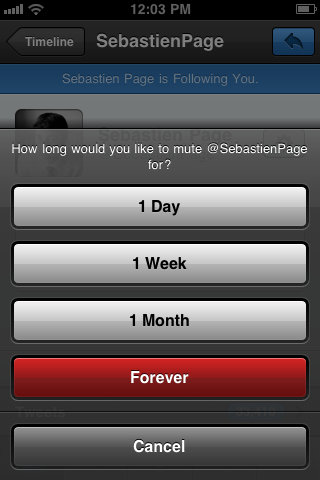 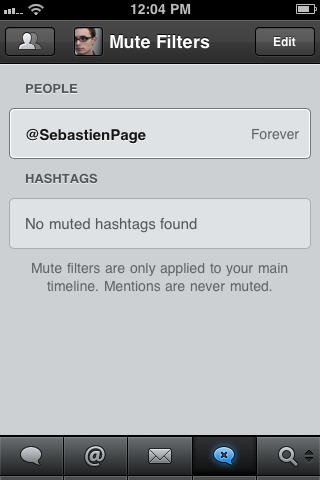 Tweetbot is available for $2.99 in the App Store. It’s totally worth it.