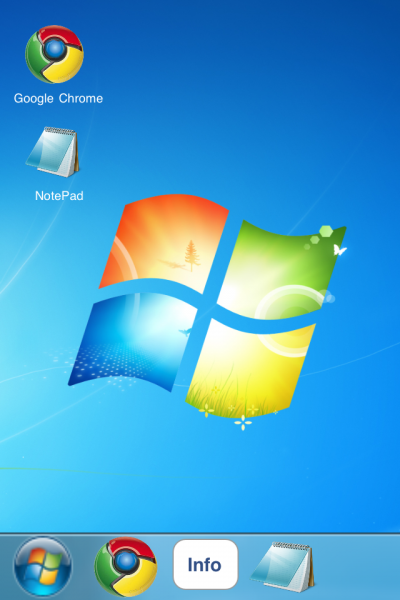 A lot of folks jailbreak their iDevices to add functionality to iOS. Maybe they do it to download SBSettings to access toggles quicker, or to install Xpander to save time typing. For the most part, though, people tend to jailbreak for productive reasons.

But Cydia also has a lot of non-productive apps. Not just games, but entertainment-type apps that are more likely to be used in a round of “look what my phone can do,” rather than actually used. Now that I’ve preempted what category this one falls into, here’s iWindows…

If you’ve ever wanted the Windows 7 experience on your iDevice (for some reason), this is probably your best bet. iWindows is a simple Windows 7 simulator that turns your iPhone or iPod Touch into a virtual version of Microsoft’s latest desktop operating system.

Don’t mistake iWindows for a theme or a skin, it’s an application. Once launched, you are taken to a full screen app that resembles the Windows 7 desktop. From there you can launch a working (although limited) web browser, or a barebones text editor named NotePad. 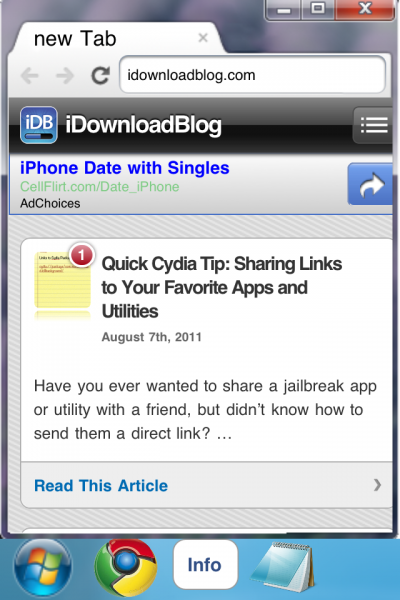 Those are currently the only 2 functions available, but the developer promises to quickly add more features. Although this isn’t something I’ll be keeping around, I’m sure there are Windows fans who’ll find it entertaining. iWindows is available in Cydia, in the default repos, for free.

Have you tried iWindows? What do you think?