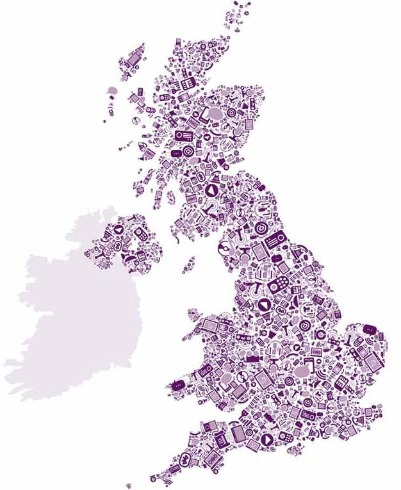 A new survey by OFCOM suggests that the iPhone is the smartphone of choice in the UK, with RIM’s BlackBerry being the favorite of teenagers.

OFCOM spoke to 2073 adults and 521 teenagers in order to find out which smartphone they used, and Apple’s iPhone was once again the handset to come up trumps. RIM’s BlackBerry got a shot in the arm, with teenagers apparently preferring the Canadian firm’s smartphones over the more touch-friendly competition…

The stats break down like this: of that adults questioned, 32% are iPhone users, with a similar number of teens, 37%, choose to carry one of RIM’s BlackBerry devices as their communication device of choice.

The study doesn’t go into the whys and wherefores, but it’s possible that cost is a major factor in the choice of teens.

Many BlackBerry handsets are heavily discounted by UK carriers, with free devices given away with many contracts. Pay As You Go deals are also competitive on RIM’s products.

Factor in the addition of BlackBerry Messanger and you have a compelling choice for teens who want the power of a smartphone, without paying for an iPhone, or either some Android devices.

RIM has also managed to market BlackBerry as a luxury brand in the UK, whether that be by luck or design. Many teens see owning a BlackBerry as a status symbol, which could also account for the high numbers seen in the report.

Will these teenagers continue to buy RIM handsets as they grow up, or will they gradually migrate to more expensive choices when money permits?

RIM’s future bets on the former being true.