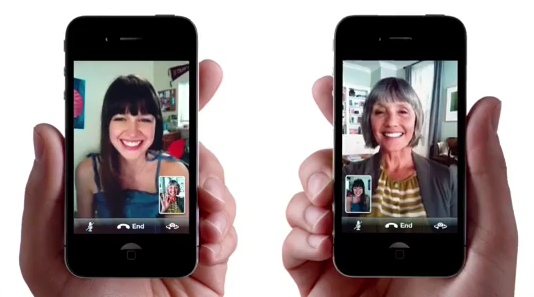 Apple’s FaceTime video calling technology has been a mild success at best, with many flat out not using it, or lamenting the fact that, currently, a WiFi connection is required.

Reports that Apple has been working with carriers on this issue have been circulating for some time now, and 9to5Mac has received information that Verizon may actually be the ones who aren’t so keen on the idea…

According to 9to5Mac’s sources, Verizon has had engineers testing FaceTime calling over 3G for a while now, and they claim that the video quality is ‘fairly good’ thanks to iOS 5’s improved video call handling.

It seems Verizon and Apple are still negotiating over how 3G FaceTime will work for the carrier’s customers.

While Apple believes that all iPhone owners should be given the opportunity to make and receive FaceTime calls over 3G, Verizon would rather have only their customers on tiered data plans get the feature.

Obviously, Verizon is either worried about the amount of data FaceTime will use, or is looking to use video calling as a way to get customers onto the plans that limit how much data is used.

Verizon has already removed the unlimited data plan from sale, and this could be another way of getting those still on it, to switch to something more in Verizon’s favor.

Who will win in this little tug of war remains to be seen, but with both Apple and Verizon already known for their stubbornness, anything could happen.

Anyway, does anyone really want to talk to each other using video calling?