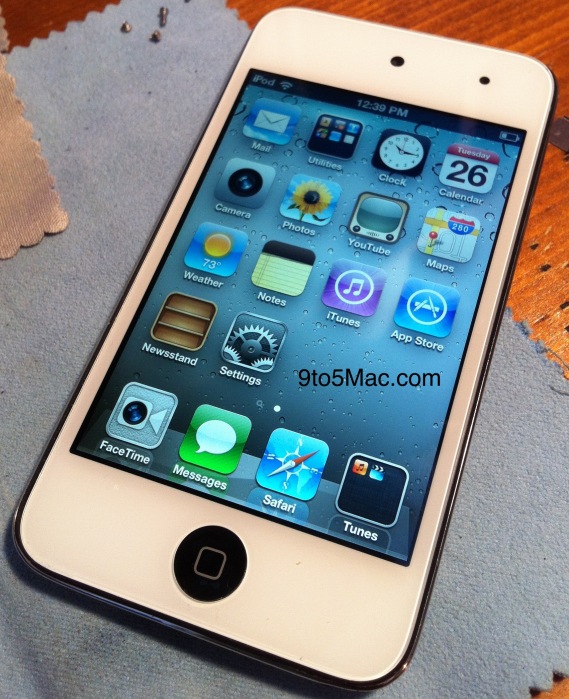 Last week we brought you some photos, published by 9to5Mac, of a possible next-gen iPod Touch part. The piece was particularly interesting because it was white. As you might know, previous versions of the iPod Touch have always been black with a stainless steel backing.

Now, the same blog that brought us the original photos of the white iPod Touch casing has gotten its hands on more pictures. While the original snapshots were taken in Asian, close to Apple’s manufacturing plants, these new pics come from here in America…

9to5Mac reader Lafayette from the east coast of the United States was able to obtain one of the mysterious white iPod Touch parts. He says the components were marketed as fourth-generation iPod Touch parts, and as you can tell from the photos they seem to fit perfectly.

Further more, the tech blog was able to confirm with their friends over at iFixYouri iPhone repair shop — which have proven sources within Apple’s supply chain — that white iPod Touch OEM parts have been floating around. 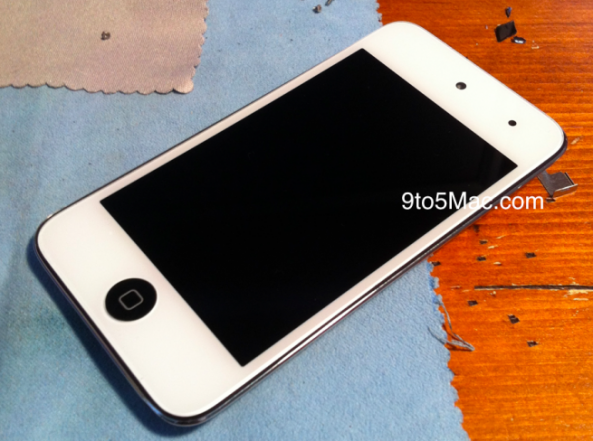 Though the site can’t confirm that these white iPod Touch parts are next-gen components, it’s very interesting that they are surfacing just weeks before Apple’s annual iPod event. Not to mention amidst all of the rumors surrounding the popular device. Will it have 3G? Will it be discontinued?

While the iPod Touch has managed to garner a major share of the mp3 player market and a fair portion of the handheld gaming market, analysts have started to wonder if the product has plateaued. Can bumping up its processor and possibly the camera resolution really sustain sales?

What do you think? Would you upgrade to the new iPod Touch if it only had minimal improvements?