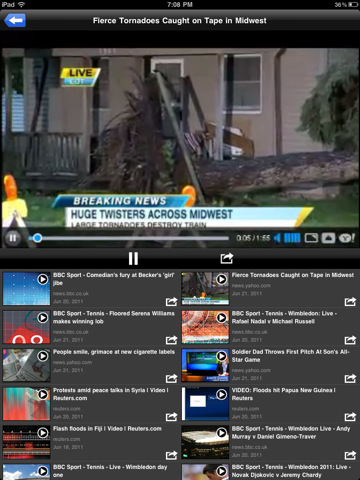 Skyfire, most famous for its mobile web browsers, has announced a new iOS app that promises to finally bring Flash to Apple’s mobile devices.

In bringing functionality to the App Store that Apple has been adamant that it doesn’t want, the Skyfire VideoQ app is available in just the United States and Canada for now, with both the iPad and iPhone app expected to be released internationally at a later date…

Available now for $2.99, the app promises to allow buyers to send links containing flash video from Safari, right into VideoQ via email. The links are added to your queue, ready for viewing inside the app later.

“With Skyfire VideoQ, iPhone & iPad users can finally access video designed for Adobe® Flash® Player from Safari, Opera and other previously unsupported mobile browsers. Skyfire VideoQ unlocks videos designed for Adobe® Flash® Player regardless of the mobile browser, allowing users to forward previously unwatchable videos from over 1 million websites directly to the app. Users can also use the Skyfire VideoQ as a locker to store videos for later viewing and sharing. Users have several easy options for sending videos to the VideoQ app from their browser of choice. A user can email the Web link to their unique VideoQ email address, paste a Web link into the app, or install a bookmarklet, which forwards videos to the VideoQ app for future watching.”

With major web sites already moving toward HTML 5 in order to work properly on iOS devices, it’s debatable whether there really is any use for a Flash video viewer on the platform— VideoQ, predictably, will not work with Flash apps or games.

Flash may not be dead yet, but is it dead enough that we just don’t need a Flash video viewer anymore?