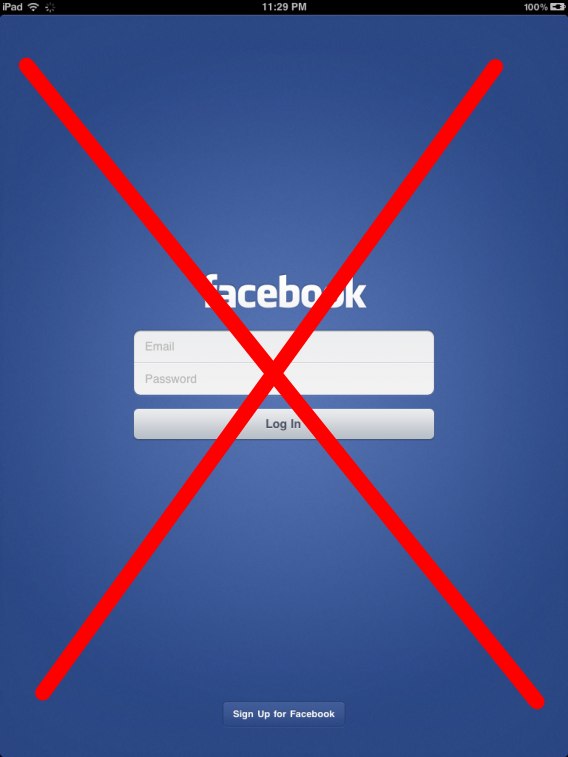 Well that didn’t take long now, did it?

The much-anticipated and apparently leaked Facebook iPad app’s life was short lived, with TechCrunch reporting that the social networking giant has already blocked use of the app, remotely.

If you didn’t get your hacking done early, it seems you might have to wait for Zuckerberg and co to release the app officially.

The Facebook iPad app, which turned out to be hidden inside its iPhone counterpart all along, was just a info.plist file edit away— until now.

TechCrunch’s MG Siegler broke the news that users could force the iPad version of Facebook’s app to show itself with just a little text editing, and we told you how this morning. Unfortunately, TechCrunch is now saying that Facebook has halted all our fun, and they didn’t even need to force an update to do it.

“We’re hearing tons (as in hundreds) of reports that users who are just now getting around to checking out the trick are unable to do so. The iPad-friendly app still launches — you just can’t do much, as newcomers are being turned away at the login screen.”

The good news is that it appears users who have already followed the guide are still seeing good results, though the app has been acting up slightly— notifications and the like aren’t working well, though that could just be a Facebook server issue.

Oh well, guess we’ll just have to move over to Google+ instead.