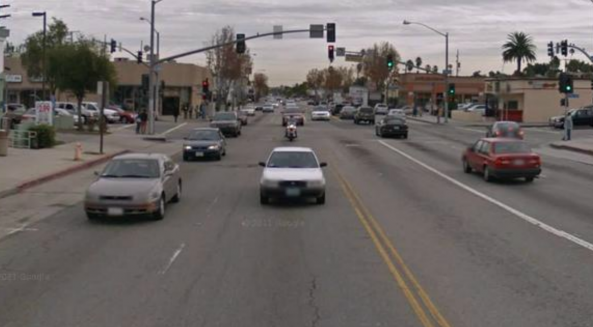 We’ve told you plenty of interesting stories that involve thievery and the iPhone. This one is no exception.

Sue Huang’s iPhone was taken, and she finally got it back five days later after the thief ransomed it back to her. Thanks to the iPhone’s GPS, Sue and her friend Brian were able to recreate where her iPhone had been during the five days that the thief drove around with the device in his car.

Thanks to Google Maps and OpenPaths, Brian was able to put together a pretty interesting look at where Sue’s iPhone had been.

Brian explains how they put together the video through the lens of what could be considered a getaway car:

“We had a collection of points that the thief had visited with the phone, so I thought we should be able to get a smooth path between them.

First, I used the Google Directions API to map the likely route that the thief would have taken between known locations, as well as filling in some intermediary points, which was @blprnt’s idea from our earlier brainstorms. One of the cool things about the Street View panorama data (described by @jaimethompson) is that it shows the linkages between consecutive images taken by the Google car. So by calculating the heading from one point to the next and heuristically choosing links between panoramas headed in the right direction, we can access all the images taken along the way. Again using heading we can point the camera in the right direction, download the tiles we want, and stitch a frame together.”

You know what they say: When life hands you lemons, make lemonade.