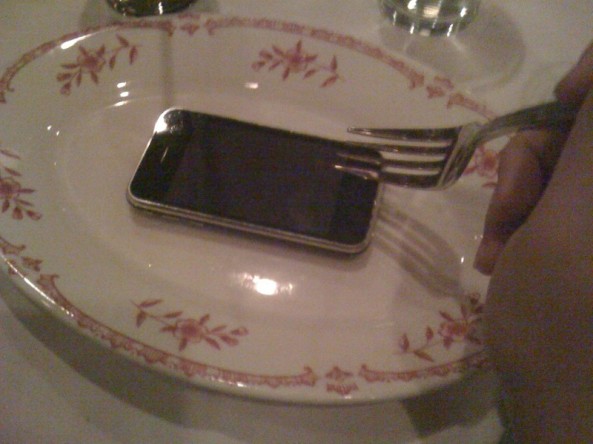 We’ve seen some pretty crazy stories involving the iPhone over the last few months. Just recently, a man was apprehended and charged for a home invasion after police found his iPhone at the scene of the crime.

The latest story to surface comes from The New York Post. The news outlet has gotten its paws on court documents that detail a domestic dispute involving a prolific patent attorney who allegedly forced an iPhone down his girlfriend’s throat…

Brian Anscomb, a 37 year old IP lawyer from Upper East Side Manhattan, was arrested Sunday after allegedly assaulting his girlfriend. The attack took place in the couple’s posh Manhattan home the day before Anscomb was apprehended.

According to the court papers, Anscomb stuffed an iPhone in his girlfriend’s mouth and down her throat during a heated argument. (Yes, we’re not kidding.) The assault reportedly left the woman with cuts and bruises around her mouth.

Even though this isn’t the first time he’s been accused of physical abuse, Anscomb’s attorney tells The Post that his client denies all allegations. Here’s hoping that this prick doesn’t get off so easily this time around.