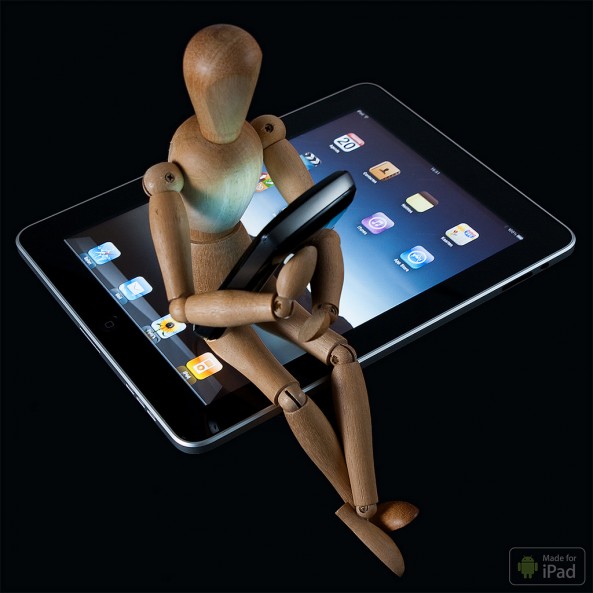 In a market that is growing at an alarming rate, tablet demand is at an all-time high, with Apple’s iOS and Google’s Android tablet operating systems proving the two main competitors in the space, according to new research.

A report by Strategy Analytics claims that while Apple’s iPad is still the number one tablet in town, the iPad saw its market share drop from a staggering 94% to a still impressive 61% for the 2nd quarter, year over year.

Before you start to worry about Apple’s sales numbers, it’s worth noting that the company still shipped a whopping 9.3 million iPads during that time period… 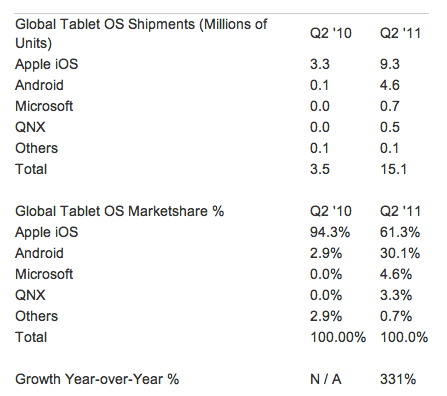 It’s no secret where Apple’s share has gone, either. With tablets from the likes of Samsung and Motorola pushing Google’s Android up to just over 30% of the market – a massive increase on the 2.9% it held this time last year.

The addition of a tablet-specific version of Android (Honeycomb) is suspected as the reason for the swing, with more advanced hardware also helping to spoil the iPad’s party.

It’s not such good news for Research In Motion, however.

The Canadian company’s first foray into the tablet market has been met with lukewarm reactions from both the tech press, and the paying public.

RIM’s PlayBook currently holds 3.3% of the tablet market, though Android’s numbers this year could possibly prove a comfort for the smartphone giant. We’re not sure that they could even dream of pulling in Android-like numbers next time around.

While RIM clearly has a long way to go in order to be competitive in the tablet market, it seems the real battle is going to be between Apple’s iPad and the growing selection of Android-endowed machines from the usual suspects.

Will we see Android’s plethora of devices do the same thing to the iPad, as it seems to have done to the iPhone?

We don’t think Apple will be too worried, even if that does happen. As they have shown in the past with the Mac, Apple doesn’t need to sell the most units to make the most cash.

And Apple knows a thing or two about making cash!