JailbreakMe 3.0 is a web-based jailbreak tool that provides an untethered jailbreak for all iDevices on iOS 4.3.3, including the iPad 2.

The hacker behind JailbreakMe, Comex, has officially made the code for JailbreakMe open source. His jailbreak code, called “saffron,” is now available for anyone to view on GitHub. 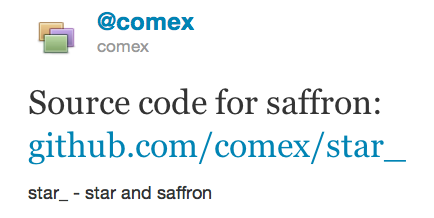 Alongside the JailbreakMe 2.0 “star” code, saffron is now open sourced and available for viewing here. Comex’s exploits in iOS have truly been phenomenal, and he remains in the forefront of jailbreak community.

Apple has since released iOS 4.3.4 to patch the PDF vulnerability that Comex took advantage of in saffron. Users will need to stay on 4.3.3 to keep their untethered jailbreak.

If you appreciate his work, donate to Comex. He sure deserves support from the community.