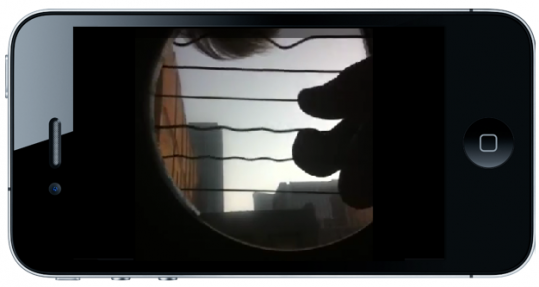 We’re all quite aware of how amazing our iPhones are, but they still continue to surprise us every now and again. One guitarist has posted a mesmerising video on YouTube in which he demonstrates how the iPhone 4 captures guitar strings as they are strummed.

The video isn’t a true representation of the way in which guitar strings actually oscillate; instead, it’s a fascinating example of how the effects that can sometimes be achieved with the iPhone 4’s rolling shutter…

TUAW explains how it works:

“Virtually all consumer grade digital cameras, including cell phones, do not take the picture instantly when you push the shutter button. Instead, they quickly scan over the CMOS sensor from the top left to the bottom right, like the electron beam in an old CRT television. This is called rolling shutter capture. This scanning process is fast, but sometimes it’s not fast enough. If you angle the device just right and take pictures of fast moving or rotating objects, you can create all sorts of weird and funky distortion effects.”

Pretty impressive, eh? Have you taken any fascinating photos like this on your iPhone?