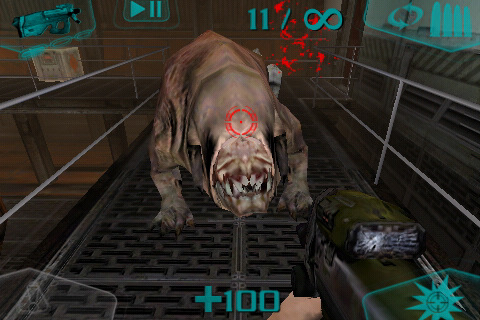 John Carmack, the man behind id Software (the team responsible for the likes of Quake and Doom) believes it won’t be long before our portable devices are more powerful than the games consoles we’re playing on today.

In an interview with IndustryGamers, Carmack shared his views on the current state of the iOS gaming world, claiming that while the current crop of best-selling titles are smaller, lighter titles, such as, Angry Birds, the time will come that we find ourselves using out smartphones and tablets to play the full-fledged titles currently reserved for home consoles…

Carmack also suggested that our mobile devices could be used to play games on the big screen, with his description sounding eerily familiar:

“Platform wise, you could certainly imagine a future where, instead of having your console, you have your mobile device and it talks to your TV and when you want the experience on your big screen with the surround sound coming out of there, it’s still on the same device.”

If you’re the proud owner of an iPad 2 and an Apple TV, that’s already possible with games such as Real Racing HD 2. Are we already living in Carmack’s future?

During the interview, id Software’s number one guy also told IndustryGamers that even the company’s developers are starting to lean toward iOS gaming, with PS3s and Xbox 360s losing out to iPads and iPhones.

“One thing that we hear a lot, especially from our older developers, is,  ‘I don’t spend a lot of time sitting down in front of my 360 or PS3, but I pull out my iPad and play some little game all the time.’ It’s a different experience though… it’s a diversion rather than a destination. And while they’re certainly powerful enough now to make destination titles, that’s still not really what’s doing particularly well there. But it certainly is a worry.”

While there was already little doubt that gaming was beginning to lean toward the mobile space, hearing the news come from someone sp entrenched in traditional gaming mediums somehow makes it all the more real.

We’re sure the thousands of independent iOS game developers out there will share Carmack’s sentiments.

Now, bring on the games!