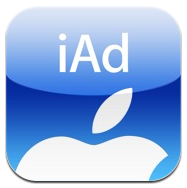 Launched back in April 2010, iAd was dubbed ‘mobile ads with emotion’ by Apple CEO and co-founder Steve Jobs, just before he slapped a minimum ad buy-in price of $1 million on the service.

Now though, it seems Apple has lowered its targets for iAd considerably, with the original $1 million price a distant memory…

A report by Bloomberg now claims that companies can get in on the iAd action for as little as $300,000 – a far cry from the elitist starting price Apple set for the service.

“Apple’s iAd mobile-advertising business has cut rates by as much as 70 percent as some marquee clients are using rival services, two people with knowledge of the matter said, signaling the company is struggling to parlay its technology leadership into success in the ad industry.

When Apple rolled out iAd a year ago, companies such as Citigroup Inc. (C) and J.C. Penney Co. were being charged $1 million or more to run ad campaigns. Today those brands aren’t using iAd, and Apple is offering packages for as little as $300,000, said the people, who asked not to be named because the rates are private.”

Clearly, potential iAd clients are turning to Google’s competitive Admob service, which has the added bonus of not being tied to one mobile platform – iAd is only available on Apple devices such as the iPhone, iPad and iPod touch, which limits potential impressions.

Despite Apple’s initial high hopes for iAd, it’s clear that Apple us struggling to transfer its creative ingenuity to the mobile advertising game, and when companies are forking out such massive sums of money, they won’t settle for second best.

Unsurprisingly, Apple was not making any comment on the state of iAd when asked by Mashable.