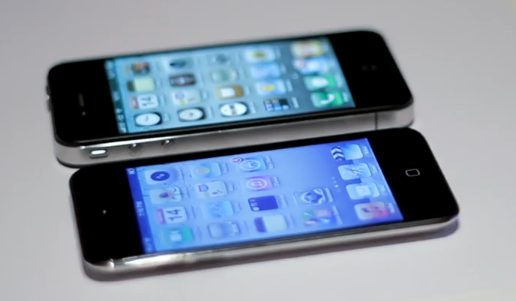 Judging by the latest round of iDevice rumors, Apple could really be looking to shake things up this Fall. Instead of their typical refresh of the stand-alone iPhone model, many folks are expecting the Cupertino company to unveil two new smartphone devices.

One model is expected to be a feature-packed high-end device, and the other, a supplemental “iPhone Nano” model for the low-end market. We’ve been hearing the iPhone Nano rumors for quite a while now, and have even started a few of our own.

But even with the mounds of evidence suggesting the device is in the works, it still seems inconceivable that Apple would break its tradition of producing high quality, expensive products. Or does it?

The Wall Street Journal reignited the dying rumor in February, claiming that Apple was working on a smaller iPhone that would run about half the price of the current model. The report suggested that the Nano would be offered in addition to the main device.

Back in April, we were given information from a reliable source that matched the WSJ report of two different designs. According to our tipster, Apple was ordering phone parts in sets of two. One set of high quality components, and a matching set of lower grade material.

A few months have passed, and it still seems like the information we received was accurate. Not only have our source’s predictions of a Fall launch continued to hold true, but other publications are hearing similar details regarding a second model.

9to5Mac reported last night that they have received some new intel from a reliable iPhone source. Their information seems to echo what our source told us, which is that there will indeed be a less expensive iPhone model introduced this Fall.

As the author of the article, Seth Weintraub, points out, anyone wondering why Apple would manufacture a cheaper iPhone can look at the iPod Touch for clues. If they’re selling a Touch for $229, why not bump the price to $299 and dump in some cell parts?

This actually makes sense for a couple of reasons. Imagine an iPod Touch “3G” that you could use as a standalone device, or hook up to a carrier of your choice. Or they could go with a pre-paid option, like the one offered with the iPad 2 3G.

What else are they going to do with their iPod Touch line? Make it thinner? Sure you could drop a dual core processor in it and improve the camera, but neither upgrade would draw a crowd.

The bottom line is, if you’re still thinking the iPhone Nano is an analyst’s pipe dream, you may want to take a long look around. I’ll tell you why Apple is working on a lower-end smartphone, as soon as you can tell me why they’re not.