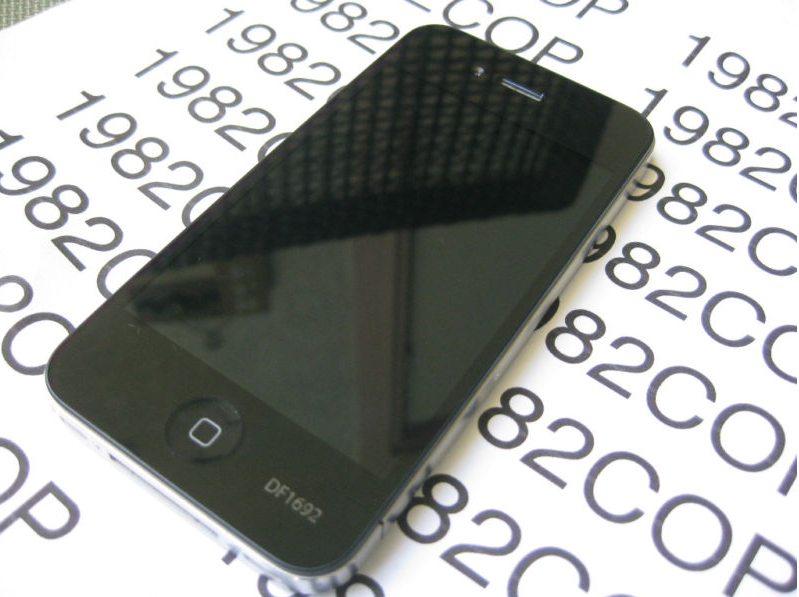 Prototype Apple hardware has a habit of turning up on eBay, so we’re not entirely surprised to see another of the company’s finest show up for auction.

The latest prototype of Apple’s to appear on the popular auction site is an iPhone 4 that, at least according to appearances, is a prototype of the handset we’ve all grown to love since its launch in June of last year…

Currently offered at a healthy $999,999, the prototype iPhone 4 is apparently similar in hardware to that of the infamous Gizmodo leak, which resulted in much furore and the eventual arrest of one Gizmodo blogger as well as the seizure of all his gear.

As This is my next points out, the iPhone shows the telltale signs of being a pre-production model: volume buttons lack plus or minus logos, the storage capacity indicator on the rear panel reads XXG, and perhaps unsurprisingly, the handset cannot be activated via iTunes.

With that last point making the handset pretty much useless to a potential buyer, bidders will have to be of the hardcore Apple fanboy variety to part with the kind of money this thing is going for.

One unique identifying number is present, with etchings on the front and rear of the device apparently allowing Apple to check which employee has been given which handset.

With that in mind, we can only hope that DF1692 doesn’t belong to the already iPhone prototype-less Gray Powell!

Will you be putting up your hard earned cash in an attempt to be the winning bidder on this iPhone 4 prototype? Our guess is that you won’t. The price is a little too steep.

UPDATE: The auction has ended.