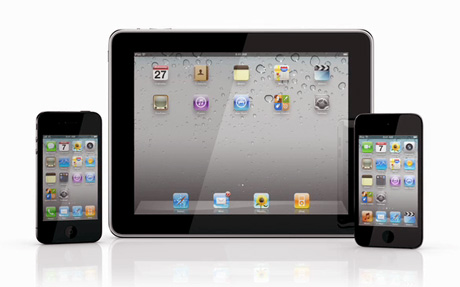 Apple is on a profit run that most companies would die for. Last quarter, the company posted staggering earnings results led by the sales of their iDevice products. It’s certainly no secret that Apple is onto something with their iPhones and iPads.

But it’s not just the gadgets, Apple has built an entire ecosystem around these iOS products. An App Store, a music store, everything’s a tap away for iOS users. Have you ever wondered how much money Apple makes off of these purchases?

The math is quite simple really. Horace Dediu of asymco took the revenue generated from the sales of 200 million iDevices, and split it between an estimated 180 million users. With an average lifespan of 3.5 years per device, he concluded that each user spends roughly $150 each year.

That’s $27 billion dollars of revenue per year generated by iOS devices. And that’s only with 180 million iOS users. When that number grows (as we expect it to) to 500 million users, then we can assume that they will be worth $74 billion dollars a year in recurring revenues. Yikes.

I have an iPad and have owned several models of the iPhone over the last few years. Needless to say, each iDevice is chalk-full of music, movies and of course applications. To be honest, I’d say I fall well above that $150 mark.

What about you? Do you spend more than $150 a year on apps and music?