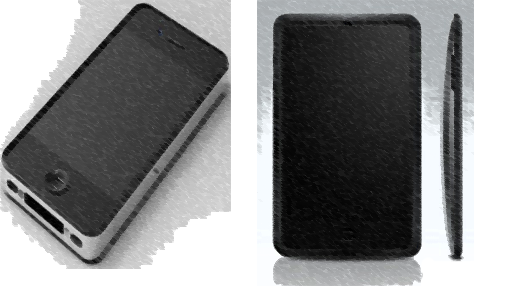 If you’ve had enough of the next-generation iPhone rumors, you may want to skip over this post. As before any major Apple product launch, the rumor mill is working over time with everyone trying guess Apple’s next move.

While most of the gossip aligns with a September launch, the hardware debate seems to ping pong back and forth. Some folks believe we’ll see a major update to the iPhone line (iPhone 5), and some think it’ll only incur minor changes (4S)…

And then there are some folks that believe that we’ll see both iterations this fall. Deutsche Bank’s Chris Whitmore sent a note out to clients this morning speculating that Apple will be releasing both an iPhone 4S and an iPhone 5.

Whitmore believes that the iPhone 4S will be a modest upgrade from the current model, and get this, will be sold unlocked and contract-free for around $349. The iPhone 5 will be more of a substantial upgrade and match price points from previous models.

While these are some pretty bold statements, the analyst says there’s a method to his madness:

“With Nokia and RIM struggling, the time is right for Apple to aggressively penetrate the mid range smart-phone market (300-500 category) to dramatically expand its total addressable market and market share.”

This is an interesting theory, but I’d have to agree with 9to5Mac’s Christian Zibreg that $349 doesn’t necessarily fall in the mid-range smartphone market. Especially with so many sub-$200 Android offerings.

iDB actually received a tip back in April of this year that Apple was planning on releasing 2 very different models of the iPhone this fall. Our source’s story actually lines up pretty well with Mr. Whitmore’s predictions.

Though we can’t confirm any of the above information, it certainly is food for thought. In my opinion though, Apple would have to make the iPhone 4S substantially less expensive than $349 to be competitive.

What do you think, will we see 2 iPhones this fall?