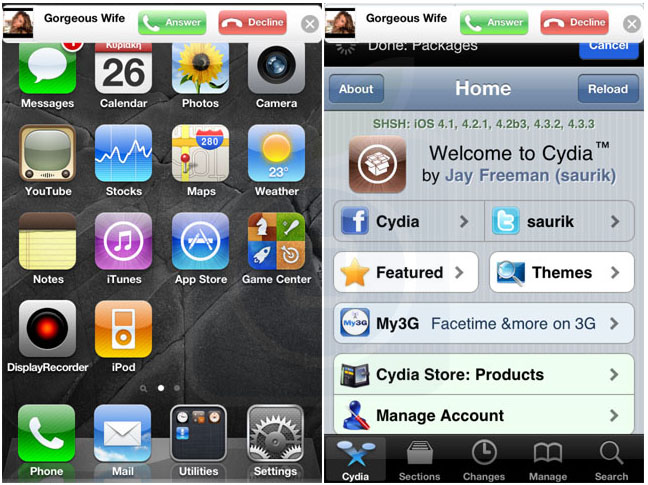 The last three weeks have been largely spent by developers writing new widgets that work with Apple’s new Notification Center, part of iOS 5. We’ve seen so many widgets come out of the jailbreak community in the last 21 days that we can’t imagine Apple not giving normal App Store developers access to Notification Center‘s widgets, too.

A rare tweak to be shown off that doesn’t involve iOS 5’s Notification Center promises to bring iOS 5-like roll-down notifications to incoming calls, making them appear and work just like other notifications do…

We say ‘just like’ because, well, they don’t look quite as good. 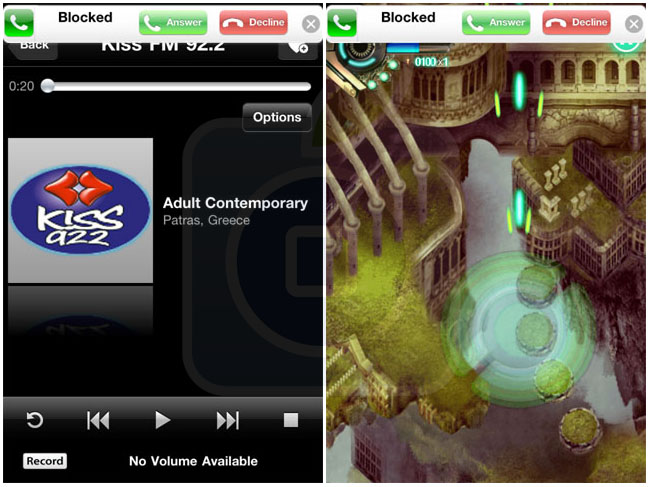 Shown off by iPhoneItalia, the new tweak doesn’t yet have a release date and, in fact, doesn’t even have a name right now. Given the tweak’s apparent early development state we’re willing to give it the benefit of the doubt on the aesthetics front for now, too.

Incoming calls are handled like other notifications are in iOS 5, with a small window falling down from the top of the iPhone’s screen. Buttons for accepting and declining the call are also present, as is a photo of the caller if they happen to be in your Address Book.

If Google Translate is doing it’s job right though, there is one downside to this tweak, at least in its current early implementation. According to iPhoneItalia, the app has a tendency to freeze any application currently open when a call is received. Not earth-shattering, but certainly something we hope the developers can work around before the tweak is ready for public consumption.

We’ll let you know more information about this as yet un-named Cydia tweak as soon as we get it.