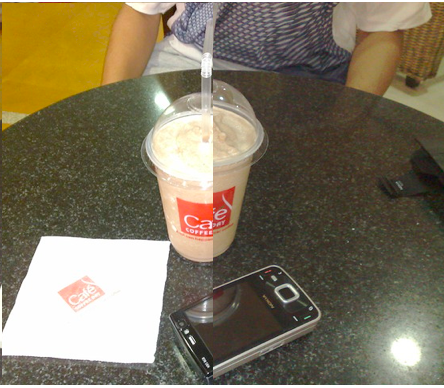 What’s that? You want more information on a possible iPhone 5 sporting dual-LED camera flashes? Well then my friend, you’re in luck.

The latest rumor claims to come out of the notoriously ‘not entirely accurate’ tech site DigiTimes. It points to the next version of Apple’s hugely successful smartphone packing not just one, but two LED flashes to aid in the taking of super-bright photographs….

“Recent market rumors have indicated that Apple’s iPhone 5 is likely to come with a dual-LED flash with Taiwan-based LED packaging firms Everlight Electronics, Edison Opto and Lite-On Technology being pinpointed as potential suppliers. All related companies have denied they are involved in the production of dual-LED flashes.”

The report claims that three potential manufacturers could be battling it out for Apple’s undoubtedly lucrative business, with Edison already supplying LED flashes to other handset manufacturers across the globe putting them presumably in the driving seat.

“Edison, which is specialized in the production of high-power LEDs, has begun shipping its LED flash products to branded handset vendors and therefore has a high chance of winning dual-LED flash orders from Apple, the sources noted.”

The DigiTimes rumor isn’t the first time we’ve heard claims Apple is looking to double its flash quota in its next iPhone. And people in our comments have told us it’s something they’d be receptive to. Such claims and counter-claims have been doing the rounds for some time now, but what would adding an extra flash actually accomplish?

According to MacRumors, dual-LED flashes would mean “brighter and more expansive lighting,” which despite being far from photo buffs, we’re fairly sure is a good thing!

The MacRumors post also points us to a selection of photographs comparing photos taken with one flash with those taken with a Nokia handset sporting the two flash setup. The two sets of photos, taken with a Nokia N95 and N96, do show a more light-filled image thanks to the extra LED. Whether you think it looks better or worse will very much depend on you.

What do you guys think? Any photographers amongst us care to enlighten us on the pros (and indeed cons) of using dual-LED flashes?

Imagine how bright you’re iPhoneTorch would be with two flashes!