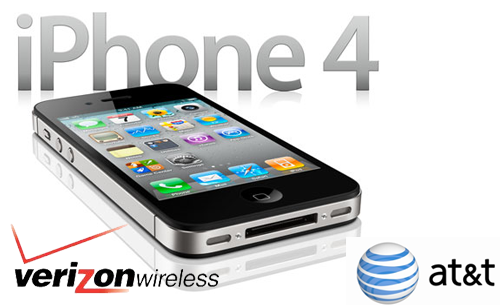 According to a recent study, after five months, the iPhone already dominates the Verizon network in the U.S. On AT&T, the numbers are even more impressive, with a 65% lead.

BITG Research surveyed 250 Verizon and AT&T stores across the United States over a period of three months and determined that the iPhone is the number one smartphone on both carriers. 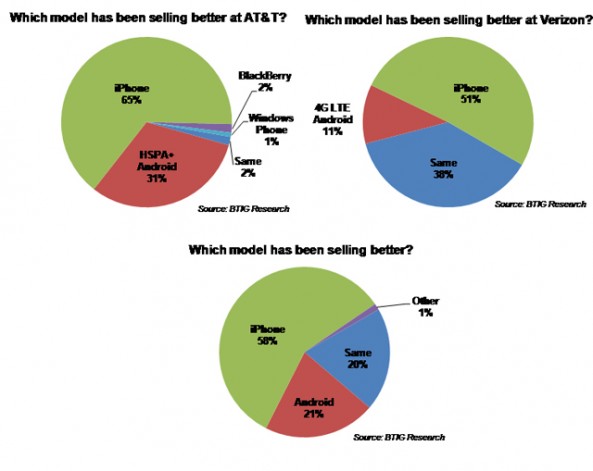 “Of the Verizon stores surveyed, 51 percent said the iPhone was their top-seller and an additional 38 percent said it was tied for first with a rival Android device, typically the Samsung Droid Charge or the HTC Thunderbolt.

At AT&T stores, the iPhone was even more dominant — 65 percent of them named it as their top selling phone. Another 31 percent said it was an Android device.”

Overall, 58% of the interviewed stores said that the iPhone was their top-selling handset, and 20% said that it shared the top spot with a competing device.

Combine this report with the fact that the iPhone is now more popular than Blackberry in the United States, and Apple has a very successful product on their hands.

Keen in mind that, when comparing market share, it’s technically unfair to relate Android to the iPhone. Android is an OS, while the iPhone is hardware.

If we’re going to compare Android and iOS market share, the numbers are a little different. Apple recently announced at WWDC that iOS accounts for 44% of the mobile market. And iOS also accounts for 64% of mobile browser usage.

Do you think Android stands a chance against iOS?