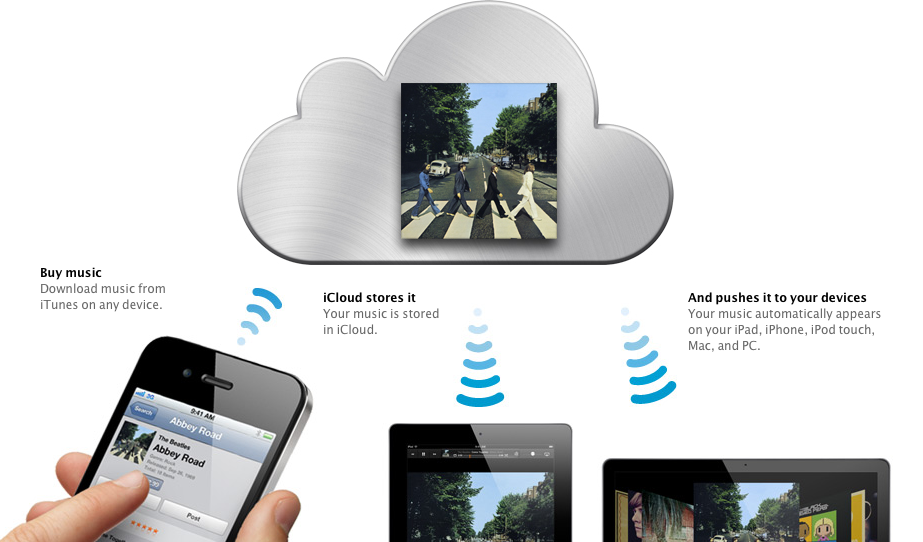 The study carried out by RBC Capital Markets’ Mike Abramsky asked iPhone users how likely they were to fork out the $24.99 subscription required to use Apple’s iTunes Match service. The results point to 10% ‘very likely’ to sign up with a further 20% ‘somewhat likely’.

Things get interesting when Abramsky points out that 30% of all iOS devices sold could bring in an estimated $1.5 billion of extra revenue for Apple…

If that is indeed how things pan out, and Apple is as expected keeping 30% of the revenue with the rest being passed on to the labels, then the Cupertino outfit could see an extra $450 million land in its pockets, writes MacRumors. 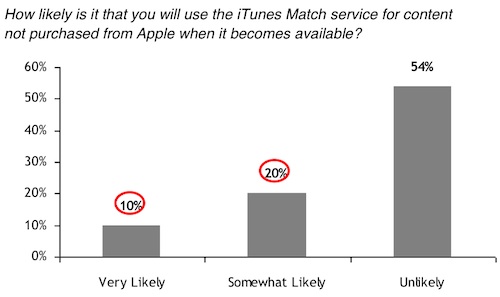 iTunes Match is Apple’s way of getting all our non-iTunes-purchased music into iCloud, with tracks automatically upgraded to iTunes Plus quality tracks. A move that many claim to be ‘a license to steal music, iTunes Match means that people could in theory download music from anywhere at any quality and receive shiny new high-quality versions from Apple.

“If you want all the benefits of iTunes in the Cloud for music you haven’t purchased from iTunes, iTunes Match is the perfect solution. It lets you store your entire collection, including music you’ve ripped from CDs or purchased somewhere other than iTunes. For just $24.99 a year.2

Here’s how it works: iTunes determines which songs in your collection are available in the iTunes Store. Any music with a match is automatically added to your iCloud library for you to listen to anytime, on any device. Since there are more than 18 million songs in the iTunes Store, most of your music is probably already in iCloud. All you have to upload is what iTunes can’t match. Which is much faster than starting from scratch. And all the music iTunes matches plays back at 256-Kbps iTunes Plus quality — even if your original copy was of lower quality.”

Another stat to come out of the report is perhaps less surprising.

Abramsky claims that 76% of those surveyed planned to take advantage of Apple’s free iCloud services, which includes the ability to wirelessly back up data on iPhones, iPads and iPod touches to Apple’s servers for retrieval later.

Want more numbers? How about 70% of people asked saying the intend to use iMessage? We suggest that number will be significantly higher, considering many will end up sending iMessages instead of SMS messages without even realising!

“RBC’s data appears to come from a subset of approximately 450 iPhone users within a larger survey containing nearly 1,500 respondents.”

What about you? Do you intend to pony up the $24.99 for iTunes Match? What about iCloud’s free services, or indeed iMessage? Which will you be turning to when iOS 5 ships later this year?

Let us know in the comments, folks!