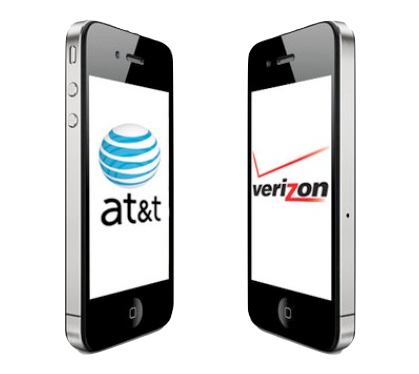 For the first time in history, Apple is now offering factory unlocked iPhones in the U.S. If you walk into your local Apple store, or browse online, you can purchase an unlocked iPhone 4 for operation on any compatible carrier. These unlocked devices start at $649.

When a GSM iPhone is “unlocked” for use on multiple networks, the carrier (in this case, AT&T) provides the unlock authorization to Apple, and Apple makes the change in its IMEI database. When the iPhone syncs with iTunes, the unlock is performed and the device is officially whitelisted.

The benefits of unlocking mostly pertain to international travelers who wish to swap SIM cards for use on other GSM carriers around the world. Because Verizon’s network standard, CDMA, is mainly used in the U.S. only, the advantages of a carrier-unlocked CDMA device are limited. GSM is much more of a global standard.

Another benefit of unlocking is freedom from a carrier contract. Unlocked iPhones are expensive because their price compensates for the carrier subsidy.

In the United States, an unlocked device on AT&T doesn’t really get you that much. Unless you don’t mind using T-Mobile’s EDGE network, you’ll still have to use AT&T for 3G coverage in the U.S. Because AT&T and Verizon operate on different frequencies, you cannot take an unlocked GSM device to Verizon’s network, and vice versa.

As it turns out, 9to5Mac received word that Verizon iPhones are “unlocked” by GSM standards by default.

“Verizon Wireless does not lock any of our phones in the U.S, that has never been our policy. Typically the conversation of locking or unlocking a device is one for carriers that use GSM technology. CDMA and GSM technologies are not compatible, so a CDMA phone won’t work on a GSM network and vice versa.”

AT&T, on the other hand, doesn’t look to be offering authorized iPhone unlocks in the foreseeable future. When asked about the option to unlock in-store, AT&T declined to comment. The GSM carrier did give some general information about the issue.

“You can, of  course, buy an unlocked iPhone from Apple and use it on the AT&T network.  We offer a variety of contract and no-contract options for iPhone, but do not sell unlocked iPhones. If you do buy an unlocked phone from Apple, you can absolutely bring it to us and choose any current voice and data plan – with no term commitment. AT&T offers data plans starting as low as $15 per month for 250 MB of data.”

Frontman for the iPhone Dev Team and unlock wizard, MuscleNerd, made an interesting point that AT&T should unlock older iPhone 4’s if the carrier subsidy has been paid off, but AT&T has not released a statement concerning that issue.

Some have speculated that these factory unlocked iPhones will be the “death” of the jailbreak alternative, UltraSn0w, in the U.S. That doesn’t seem plausible, as UltraSn0w is a free method that requires no face-to-face involvement with the carrier. The benefits of Apple selling unlocked devices is that you can be unlocked on the newer iPhone 4 basebands.

We’ll keep you updated with news concerning AT&T’s policy on unlocking. Let us know if you’ve tried to get your older iPhone unlocked by AT&T.