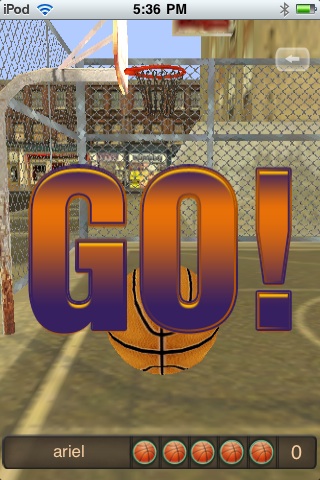 Sometimes the App Store seems like a bottomless pit of free games that just don’t pay off.  Those looking for a way to get their mobile gaming kick with an athletic game are in luck, however.

Skip right over the waste-of-time apps and onto something hot with this quick guide to the best sports games the App Store has to offer. Best of all, no one has to break the bank to hit the court, field, or rink with these top notch picks!

What’s the best part of any sport? Scoring, of course. For soccer fanatics, there’s nothing sweeter than seeing (or making!) that perfect goal kick. Goal Battle [iTunes Link] by Mobicle is a hot summer iPhone Soccer Game. Along with smooth 3D graphics and an addictive online playing mode, Goal Battle cuts out the grinding gameplay of full length matches and lets players get right to the best part of the game.

Goal Battle is just what its name sounds like — players battle against their opponent to see who has the most powerful, Ronaldo-esque goal kick. Not only can players choose to battle online, real time, against a real opponent, they get to see how their foe is doing in the corner of the screen. Also player characters are fully customizable. Goal Battle features a massive choice of jersey and equipment options, so players can really deck out their players!

Touch Hocky FS5 [iTunes Link] from FlipSide5 is another fantastic, fast-paced free winner for sports fans. It’s a virtual adaptation of tabletop hockey, but it could go well with hockey lovers because of its amazingly smooth, lightening fast animation. The game features both single and multi-player options, and a responsive touch control system. There’s not a better touch hockey game in the App Store, free or paid.

Shoot some virtual hoops with iBasketball [iTunes Link], a winner among free sports games. Awesome 3D graphics set players down on a street-smart outdoor court. Find out who the best player is by challenging other online players to see who dominates the leaderboards. iBasketball also features several modes of game play, including timed shootouts and Horse. With an accelerometer based control system for shooting the ball, it’s almost like the real thing!

Athletes that love video games will love these free hits. But even players who aren’t athletically inclined will also find these games addictively fun. Goal Battle, iBasketball, and Touch Hockey are great sports games and it doesn’t hurt to try them out because they’re all free!

Does anybody have any other great suggestions?