This is a very exciting new feature of iOS 5. It appears that the Camera app is getting quite a few improvements. First one of them is that you’ll now be able to launch the Camera app from the lockscreen, with the addition of a new icon there. Additionally, you will be able to shoot the picture by pressing the volume buttons.

Another great feature brought to iOS 5 new camera app is the ability to edit pictures on the fly. We’ll now be able to crop, reduce red eye effect, and a few other quick enhancements…

Turn your snapshots into frame-worthy photos in just a few taps. Crop, rotate, enhance, and remove red-eye without leaving the Photos app. Even organize your photos in albums — right on your device. With iCloud, you can push new photos to all your iOS devices. So if you’re taking photos on your iPhone, iCloud automatically sends copies to your iPad, where you can quickly touch them up before showing them off. 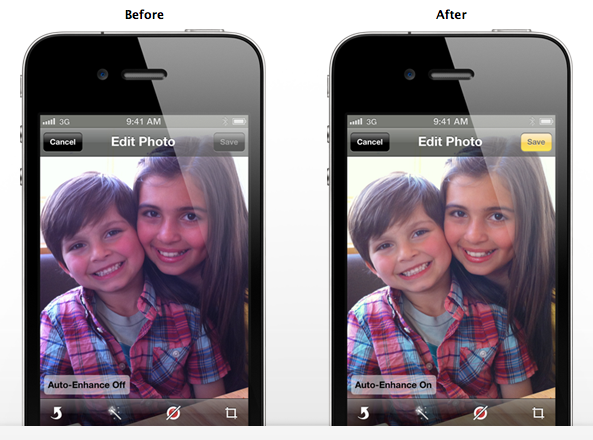 It looks like once again, Apple can thank the jailbreak community for inspiring them (Snappy and SnapTap).