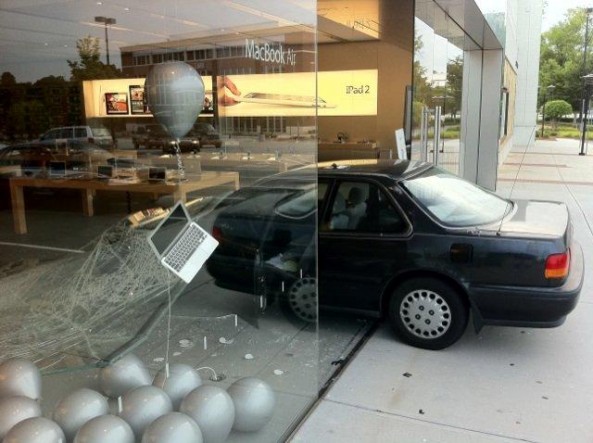 ﻿The suspect was dressed in what a witness told 107.5 KZL resembled a ninja suit, drove through the store’s plate glass windows early Friday then ran away without taking anything. […]

Police said the Honda that was abandoned at the store was reported stolen more than an hour after the crash.around 6 a.m.

Watch out for the ninjas, you don’t know what to expect from them.