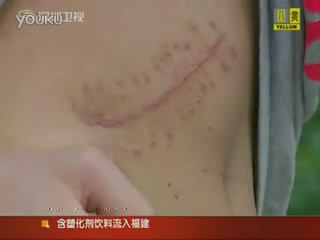 How much do you want an iPad 2? What would you do to get one? Unless you’re willing to sell a part of your body, you’re probably not as desperate as Zheng, a 17 year old teenager from China, who decided to sell one of his kidneys to finance the purchase of an iPad 2.

Because he couldn’t afford it, Zheng started looking around on the internet for ways to get that money. This is when a “broker” got in touch with him and offered him 20,000 yuan (about $3,000) for one of his kidneys…

“I wanted to buy an iPad 2 but could not afford it,” said the boy surnamed Zheng in Huaishan City. “A broker contacted me on the Internet and said he could help me sell one kidney for 20,000 yuan.”

The kid accepted the offer and went to a nearby hospital where he met with the so-called broker. After getting under the knife, Zheng got his $3,000, stopped by the Apple Store and bought an iPhone and a MacBook. Apparently, he changed his mind and realized he didn’t need an iPad after all now that he could afford both a laptop and an iPhone.

When his mother saw Zheng with brand new electronics, she could smell there was something fishy about it. She quickly found out what happened and took her son to the local police station. After a short investigation, it appears that the hospital where Zheng had his kidney removed didn’t have the qualifications to do such surgery. The hospital obviously denied everything.

So this is Zheng’s story. Crazy, huh?

Do you have a crazy story to tell about what you did to afford your favorite gadget? Make sure you share it with us in the comments section below.