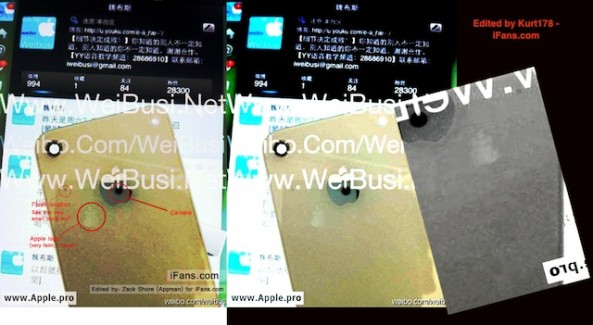 I’m ashamed that I didn’t notice this detail before, but props to the eagle eyed Kurt178 and Appman over at iFans for noticing the details.

When you take a look at the leaked shot of what is purportedly an iPhone 5 back plate, it appears that it was snapped with an iPhone…just not any iPhone currently in production.

The phone’s reflection shows what looks to be a camera opposite from the flash, incidentally, just like the item that is being captured on camera.

Apparently, some Photoshop magic was used in order to better highlight the device in the reflection, rendering it pretty easy to spot… 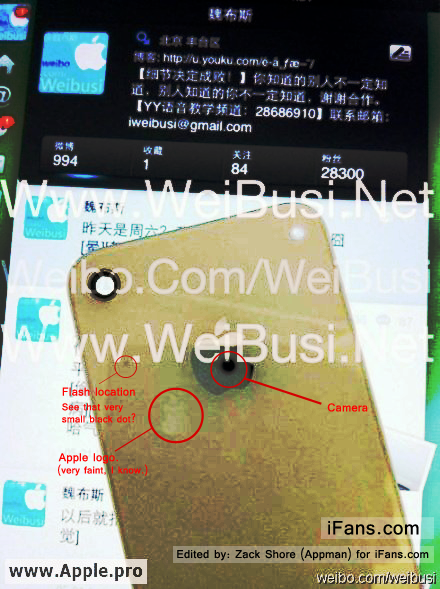 A few more juicy details have come out of the story as well, with one rumor stating that the iPhone 5 is possibly a prototype that recently went missing from one of Foxxconn’s production plans in China.

That rumor aligns perfectly with the reported leak, but as always, you have to take these sorts of things with a few grains of salt.

Personally, I think it looks pretty convincing; not that that it wouldn’t be easy for someone with skills to fake something like this.

What do you think? Is that a real working iPhone 5 in the reflection? Or is it the work of an artist who’s pretty gifted with their sweet Photoshop skills?